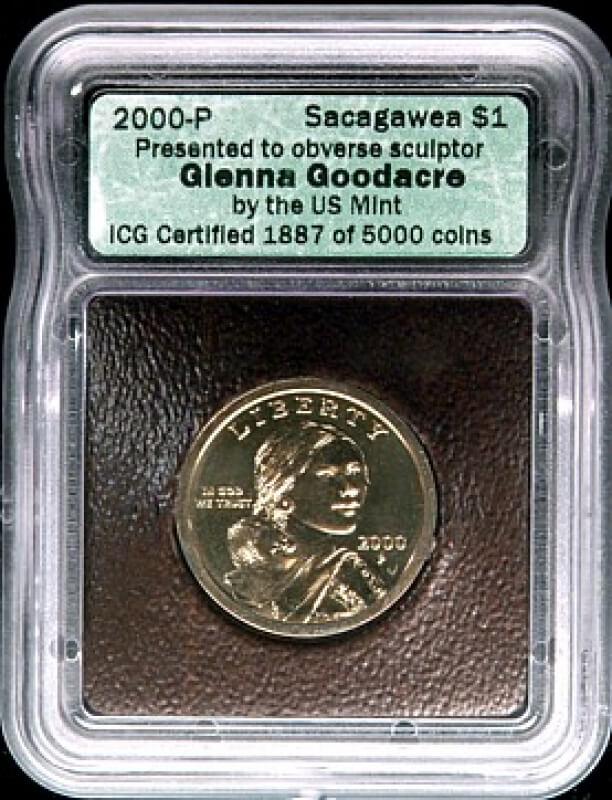 Hello everybody! In this article I have written about the rare 2000 Sacagawea dollars that you should look for (and a few that you cannot find in circulation)! Sit back, relax, and enjoy!

In 1999, the US mint wanted to promote the new Sacagawea Dollar that would be coming out in the year 2000. They put 5,500 of these coins and 10 million Lincoln Memorial Pennies in Cheerios Cereal boxes.

These early dollars had extra detail in the tail feathers of the eagle on the reverse of the coin, but this detail was later removed.  It was assumed that there were only 5,500 of these coins made, but PCGS (Professional Coin Grading Service) opened a sealed Cheerios box with a Sacagawea dollar in it.  Surprisingly this was a standard coin without the extra detail, so there are even fewer of these coins than originally thought.

One of these coins with extra detail in the tail feathers will indicate that it is a Cheerio Dollar. They can be sold for $2,700, and can be worth more in MS (Mint State) condition!

Not only did the Mint make the Cheerio Dollars to promote the coin, but they also minted 39 West Point Mint 22 Karat gold proof coins that were struck with the same planchet (metal coin blanks that the coin images are struck onto) as a $25 Golden Eagle coin.  More of these coins were going to be minted and sold to the public, but this idea was abandoned.  All but 12 of the best examples of these coins were destroyed, and the remaining ones were launched into space on the Space Shuttle Columbia.

Once these coins safely returned to earth, they were sent to Fort Knox in Kentucky.  They were briefly removed in 2007 to be displayed at the ANA's World Fair of Money.

When Glenna Goodacre collected the $5,000 for designing the obverse of the Sacagawea Dollar, she was paid in specially minted 2000 P Sacagawea Dollar coins.  There are two varieties of these coins.  Both types were struck on a pre-burnished planchet, but only type 2 coins were burnished after striking.  This gave them a less shiny finish than standard coins Even though type 1 coins were not burnished after they were struck, they still have a specimen like appearance.

The wounded eagle dollar is an error occurring on the reverse (back) of the coin. It can be identified by a raised line (die scratch) that cuts through the belly of the eagle.  They can be worth $5,000 in MS condition!

Thank you, that was very informative and I was not aware of the wounded eagle variation nor the real gold, golden dollars. Granted the latter is noncollectable, but most flown space coins practically are!

Gotta love error coins. Thanks and a big THANKS for the photos.

Very cool, I was aware of the first three Sacagawea varieties but had not heard of the wounded eagle variation. Thanks for your research.

Is there a particular year for the wounded eagle variety to look for? Thanks for an interesting blog...

I think it's only on the 2000 dolor coins... (Me after a few minutes of researching) I couldn't find any wounded eagle dollars in a different date, although that doesn't mean there aren't any! Who knows? Maybe nobody knows about a wounded eagle coin from 2001, but there is one, somewhere in circulation...

Thank you. Yes those were rare some had errors. I enjoy the reverses on them. But I never got into the series. It's a great set. Thanks for the info.

Very interesting read. Thanks for a great blog. Very nice.