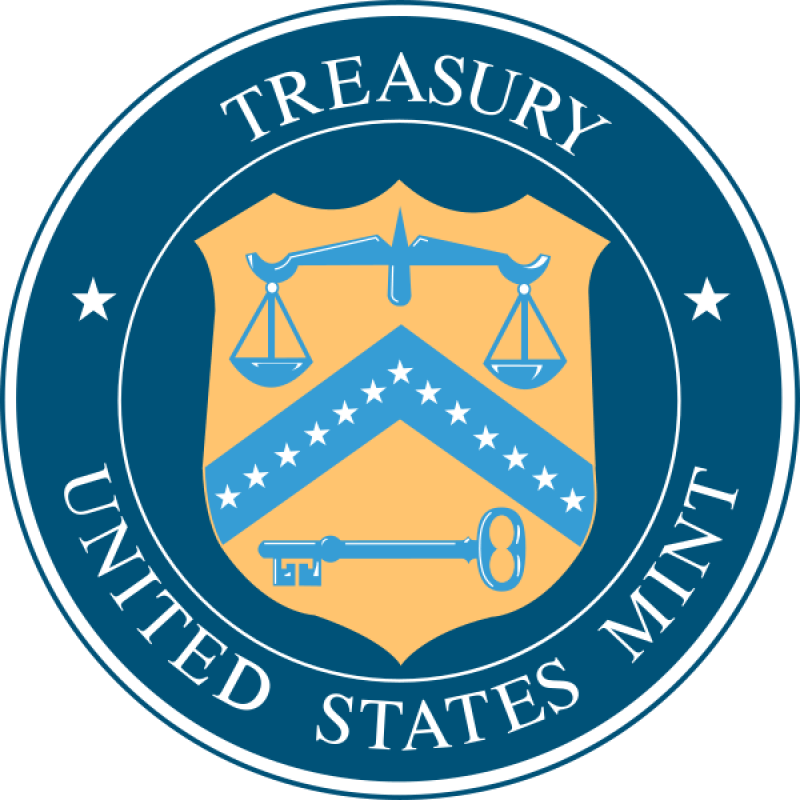 Hello everyone! Today I decided to write a blog about the US mints.

Mints are the manufactures of coins today, as well as commemorative coins/medals (note: the mints only make coins, not bank notes. The bank notes are printed in the Bureau of Engraving and Printing in Fort Worth, Texas and Washington DC).

Prior to 1652, British coins were very rare, and the colonies had to use foreign coins and bartering, but in 1652 the Massachusetts General Court made John Hull, who was a silver smith, a mint master. This created the Hull Mint, the first colonial mint. (Note: in case you don't know, bartering means that you trade something for something else)

The first US mint was the Philadelphia mint, which was built in 1792, and started to make coins in 1793. (Note: The first coins made by the mint were large cents and half cents)

There are four mints used today, Philadelphia (the oldest), Denver, San Francisco, and West Point. The Philadelphia and Denver mints makes ordinary circulation coins, but the San Francisco only makes proof coins. The San Francisco mint DOES NOT make circulation coins any more, but  on and before 1973, the mint did make circulating coins. The West Point mint makes coins ONLY for collectors, but not necessarily proof coins. The West Point mint also makes circulating quarters with a low-mintage for collectors. To tell which mint a coin is from you should look for a mint mark. A mint mark is a letter telling you which mint a coin is from. (Note: proof coins are made from a specific mint that polishes the planchet of a coin, and stamp it with care, so all of the details are on the coin in question. Then, they are packaged, and sold to collectors. Also, polishing the coins already struck will damage the coin, and lower the value, so I recommend you don't polish your favorite coins)

Although the Philadelphia, Denver, San Francisco, and West Point are the mints used today, there are older mints that are shut down, including Charlotte, North Carolina, Carson City, Nevada, Dahlonega, Georgia, and New Orleans, Louisiana.

Also, there is something called private gold. Private gold is a gold coin minted away from the US mint. It is not called state coinage because the state doesn't make them. The coin used the value of the gold content as the face value. There were also ingots made, similar to the gold coins, but in bars. (Note: the gold content in it is worth much more today than it was a long time ago, so the value would be off today)

Anyway, I hope you enjoyed this blog just as much as I did while making it. Until next time, over and out!

plan to visit each when I grow up

Thank you!! I've only ever been to the Philadelphia Mint but would love to see the others.

Well done. Very nice researched blog. I would love to see Charlette and what's left of Dahlonega. Great job. Thanks.

Good job and reserch. The first coin authorized by the U.S. Gove was the Fugio Cent made in 1787. In New Haven Connecticut. It was a copper coin. And West Point did not become a mint of the U.A full the 1980's but they were making coins for years before that. No mint mark. I enjoyed your b!of very much keep up the good work.

Well Researched!!! This is what makes Numismatics the best hobby, we collect, we share, we learn.

I learned today that Japan minted some proof specimens at Osaka for the Russians. Mints show more than just where coinage is made, but also history and relations with other countries.

Nice explanation of our mints, in your next blog don't forget the Manila mint in the Philippines! Good explanation of SF mints change in production over the years. Very nice blog. Later!

Really good blog. For those of you who want to see the Charlotte mint, it was moved from its original site and is more of an art museum. The Dahlonga mint building is now on the grounds of a college there and I don't believe is used as a museum

Thank you! Lots of the older mints have lots of history behind them, and are fun to learn about.

Fascinating! I am hoping to make a trip out to charlotte soon! Cheers, NM

I'd love to see the Dahlonega, Georgia Mint... Some beautiful gold coins went through that location!

Very interesting. I might be seeing the Charlotte mint sometime soon. Thanks for the great blog!

Thank you! It would be cool to go see a mint...