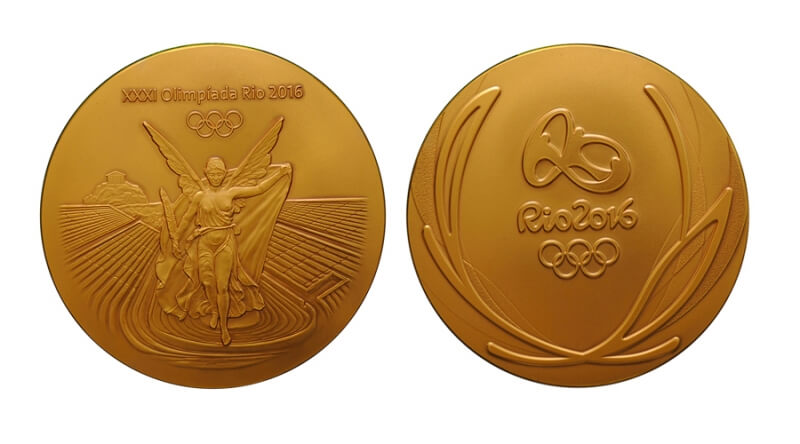 12 Feb 2018
it is currently the Winter Olympics and if you have missed the first couple of days there is still a lot more events to come. with the Olympics comes the medals (gold, silver, and bronze) and these are some of the most iconic pieces in the history of the world. The Olympics is a time were all (or most) countries come together, set aside their differences, and compete in various sporting events to see who is the best. these games have been going on since the Greeks but have become globally famous since the late 19th century/early 20th century. each medal has a touching story behind it with a lot of hard work and effort and the designs are extraordinary on some of these pieces.
Fun fact the person who won the most medals in the Olympics is Michael Phelps who won 28 medals (23 gold, 3 silver, 2 bronze) and also has the record for the most medals (and gold medals) in 1 year- 8 in the 2008 summer Olympics.
just a little more information about the Olympics that is interesting: the United States Olympic Committee will pay athletes $37,500 for winning a gold medal, $22,500 for winning silver, and $15,000 for winning a bronze medal in every event they win in and if they choose to sell their medal (for what ever reason) about $25,000 for winning a gold, $15,000 for a silver and $10,000 for a bronze medal
here is the link to all the medal designs
https://www.olympic.org/olympic-medals

I learned while writing my blog that almost every designer and company who make medals were not happy with this year's design. Again this proves what blogs do people learn. I just learned something and to me that's great. Thanks again for a good blog. When I did my research I found the government taxes the money they win that's a crime. They work there whole life for what a cheap medal with a lousy design and then there taxed. Yes the medal has sentimental value that's understood. Thanks my friend. Mike

Nice blog... I do enjoy watching some of the games. I never heard about being paid to win. That plus endorsements. Not bad for working at one thing most all your life!! Thanks.

The link says it's dead. Just wait and it will come up. There are some real beauts!!

I'd like to see more abt Olympic medals. When I wrote my "Hockey coins of Canada" article, I learned abt the medals at the 2010 Winter Games. So much went into their making. The RCM was very helpful with research.

I always look forward to the olympics. I'm a big sports fan and it doesn't get better than this for me.

Interesting information! Thanks for a great blog! It would be cool to see all the different Medals from years gone by.

Thanks., It would be interesting to see an array of medals from all of the games. How do the designs vary across years and within years by events?

i found the link to all the medal designs from the olympic games since 1896 on the olympic website. i posted a link in the blog and you can google "Olympic Medals - History, Design & Photos" and you can see them there on the page

Just a thought did anyone ever know that the Greeks originally competed in the Olympics nude.

Very interesting blog alot happens because of those medals. They announced the content of the medals before they started. The bronze is bronze the silver is ninety percent silver ten copper and the gold is silver with six grams of gold. And win that gold and the world is yours. Some designs I really like some I don't. I guess it's like coins. I always wondered where does it end. How fast can man or woman run? Does it end or can mankind keep breaking these records. Great blog you got me thinking that's what blogs do I will watch more closely because of it. Thanks Alot . Mike.