To celebrate the 400th anniversary of Columbus' journey west and raise funds for the 1893 World's Columbian Exposition in Chicago.

Portrait bust of Columbus facing right. The portrait is a likeness based on descriptions of Columbus as no verifiable portrait of Columbus was known to be painted while he was alive. Barber's initial is found on the left truncation of the collar.

The flagship Santa Maria sailing west. Two hemispheres appear below the ship. “14” is found next to the left hemisphere and “92” to the right hemisphere. The date of the coin is at the bottom. Designer Morgan's initial is located at the lower right edge of the center sail.

Encyclopedia of the Commemorative Coins of the United States by Anthony J. Swiatek.

The Devil in the White City by Erik Larson

The University of Arizona Press (1994) 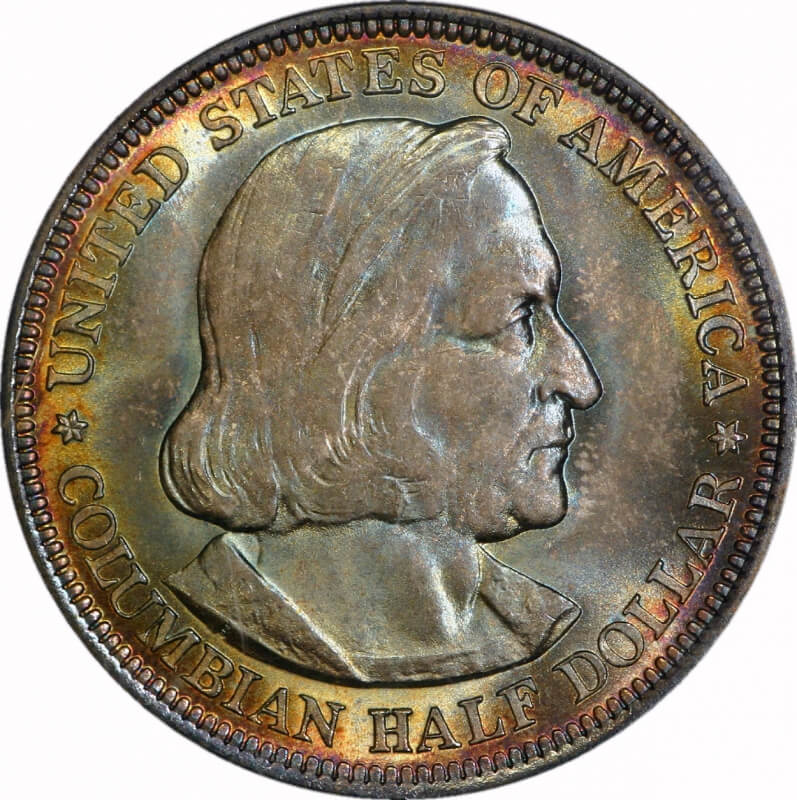 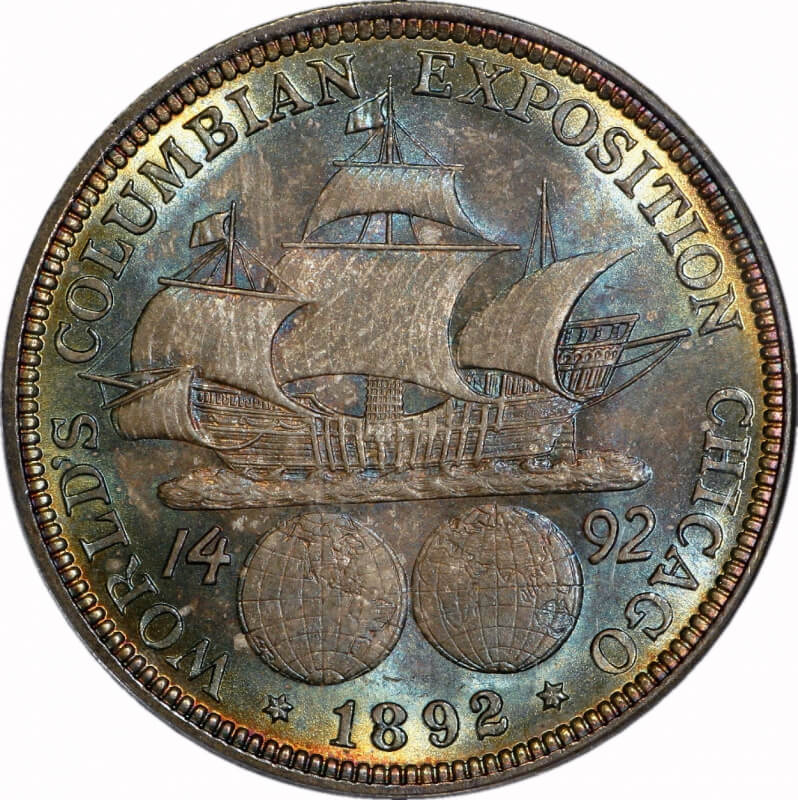