To raise funds for the Board of Lady Manager's projects at the Columbian Exposition and commemorate Isabella, Queen of Castile, who sponsored the voyage of Columbus.

Crowned bust of Queen Isabella of Spain, facing left. The date 1893 is located in the right field behind Isabella's head.

A kneeling woman holding a distaff in her left hand and a spindle in her right hand. The inscription “BOARD OF LADY MANAGERS COLUMBIAN QUAR. DOL.” is located inside a beaded border.

Of the 40,000 coins minted for purchase, a very small amount were actually sold at the Exposition. Mrs. Potter Palmer, head of the World's Columbian Exposition's Board of Lady Managers purchased 10,000 pieces at face value to eventually be distributed by coin dealers. Just under 16,000 of the quarters were returned to the Mint to be melted.

The Devil in the White City by Erik Larson

The University of Arizona Press (1994) 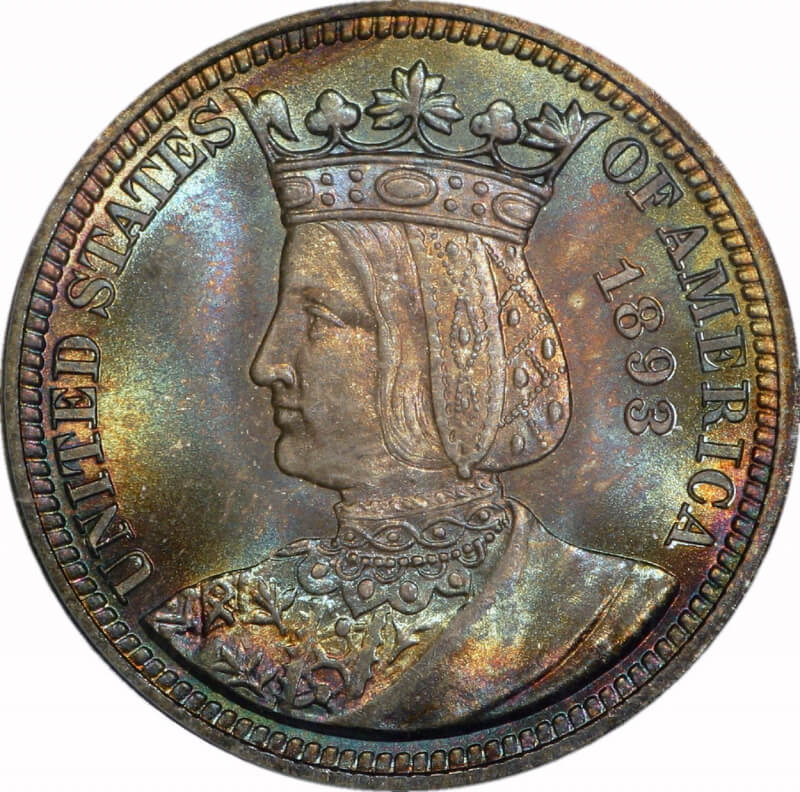 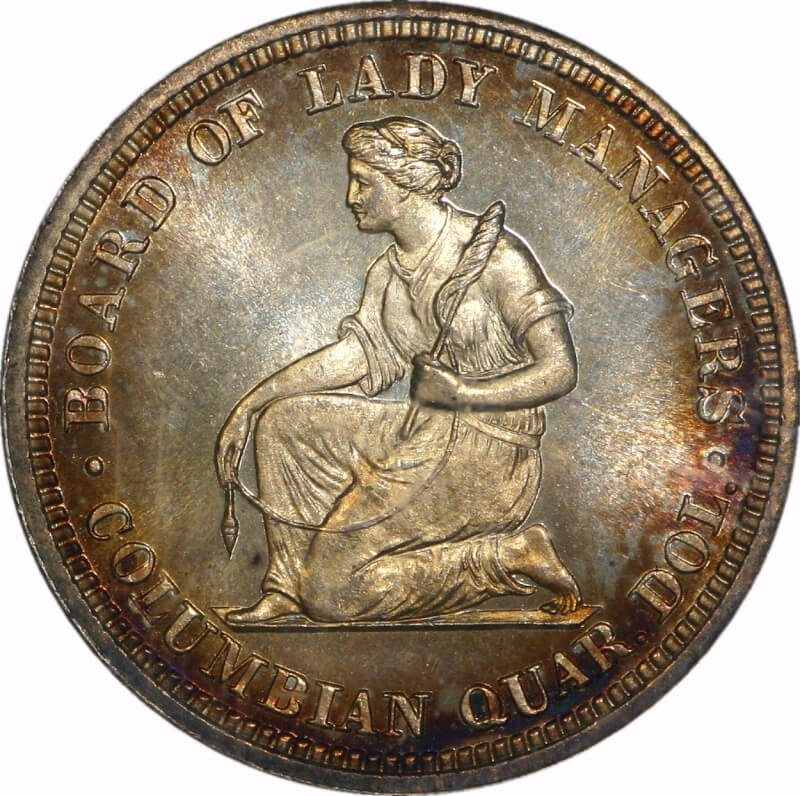