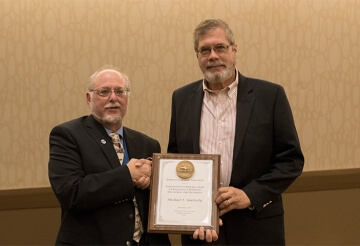 In the beginning...when man created coins

The first coins appeared in western Asia Minor, in what is now western Turkey, in the second half of the 7th Century BCE.  This dating is based upon analysis of the Artemision Deposit, a dedicatory offering of precious objects that was unearthed in 1904-5 from beneath the foundation of the Temple of Artemis at Ephesus.  The Temple of Artemis was famous as one of the Seven Wonders of the World.

The numismatists who first studied the Artemision Deposit suggested that the coins it contained were struck circa 650 BCE, based upon the presumed date of the Temple foundation.  More recent research indicates that the foundation was laid well after 650 BCE, possibly as late as 561 BCE, when the Lydian king Kroisos rebuilt the Temple.  Taking all of the evidence into account, it seems most likely that the part of the foundation where the Artemision Deposit was found was laid sometime very near to 600 BCE.

Whatever the true date of the Temple foundation, the Artemision Deposit remains the oldest known hoard of coins ever found.  But what, exactly, were the very first coins?

Explore michael T. Shutterly's award winning exhibit below.
Simply click on any item in the case images for an enhanced view. 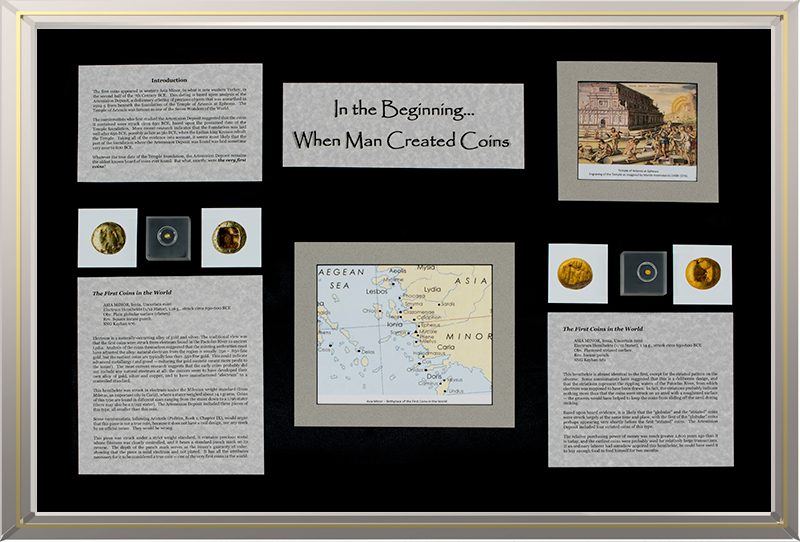 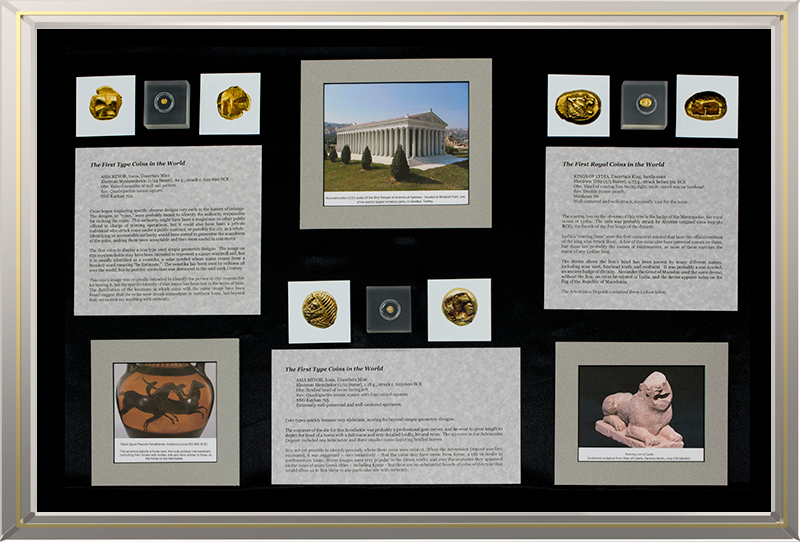 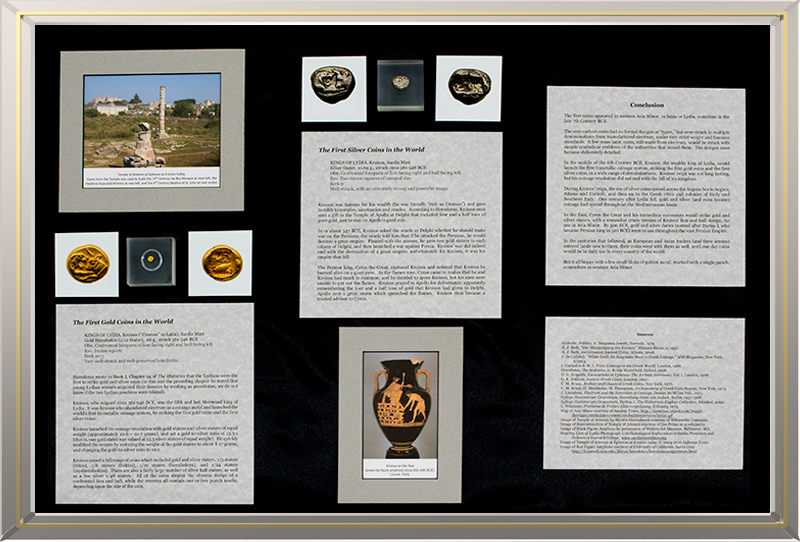