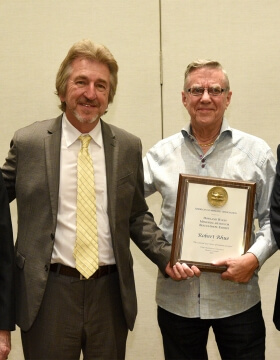 Like all of the 13 original colonies, Georgia issued paper money to facilitate commerce, and later on to help pay the expenses of the Revolutionary War. The emissions of Georgia from the years 1776 through 1778 are distinctive from all other colonial currencies in one respect. They contain a seal depicting an allegorical figure, in one of six vivid colors. Most of those seals additionally contain a Latin inscription or motto. A list of those mottos and their translations follow.

Each note was hand signed by two to five dignitaries: One dollar denominations, (as well as the fractional dollar denominations which carried no seal), required two to three signers, or occasionally, four; two dollar and higher denominations required five. Three of those various signers were also signers of the Declaration of Independence: Button Gwinette, George Walton, and Lymon Hall. That said, all of the dignitaries actually hired out the tedious task of hand signing each individual note that was issued.

Not counting a minor variety of the June 8 and September 10, 1777 emissions, there were a total of 50 different colored seal notes issued by Georgia, all between 1776 and 1778; all of those 50 notes are represented in this display. In the 30 years that this collection took to assemble, it was not completed until the collection of Eric Newman (the famous numismatist and author of the definitive work on colonial currency) was put up for auction in 2015. The final two notes had never, until then, appeared for sale in the marketplace. They were the 1776 Blue-Green Seal $4 and 1776 Green Seal $4 notes.

On all but three 1778 issues the reverses are blank. On those three issues the reverse denotes the denomination ($20, $30, or $40), a complex border design to try and discourage counterfeiting, Latin inscription, and "Savannah: Printed by W. Lancaster. 1778."

Explore Robert Rhue's award winning exhibit below.
Simply click on any item in the case images for an enhanced view. 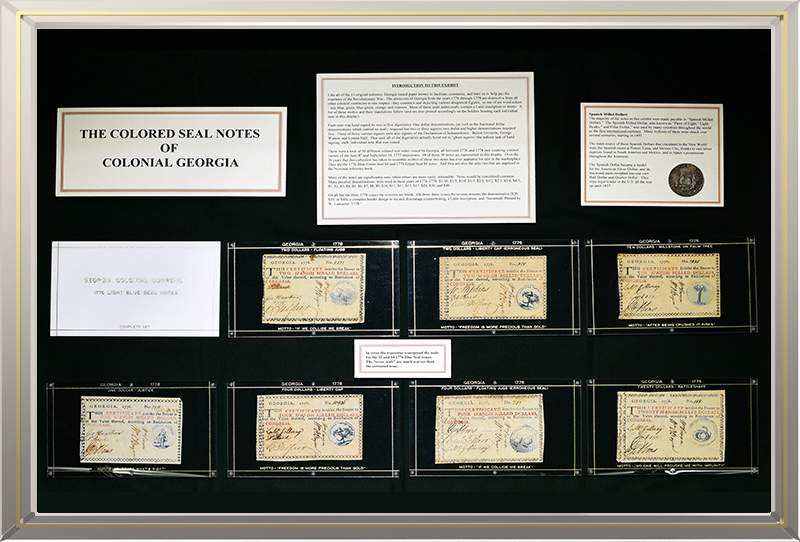 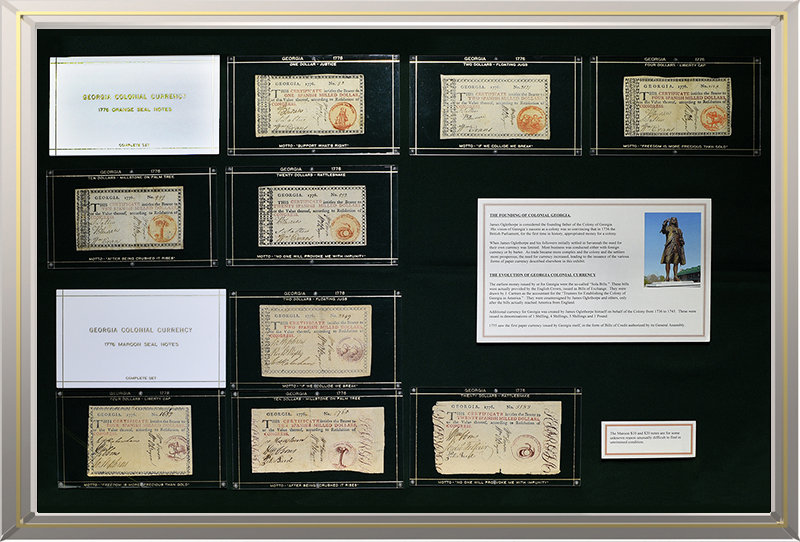 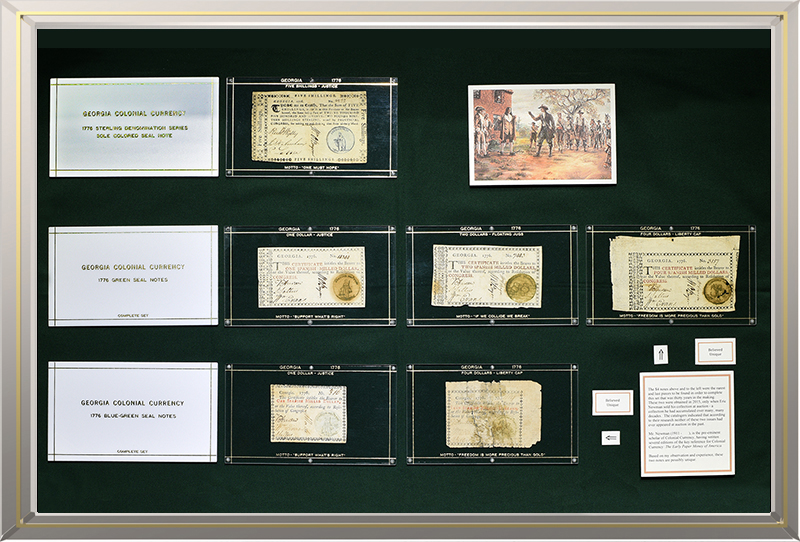 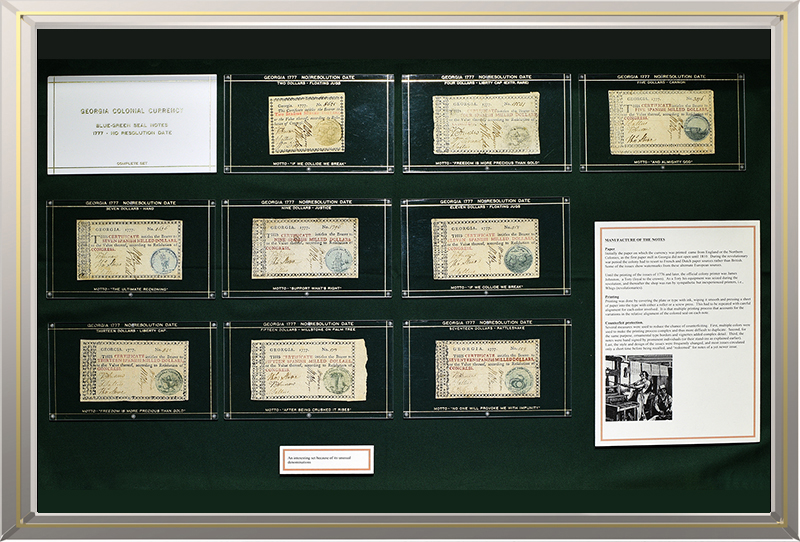 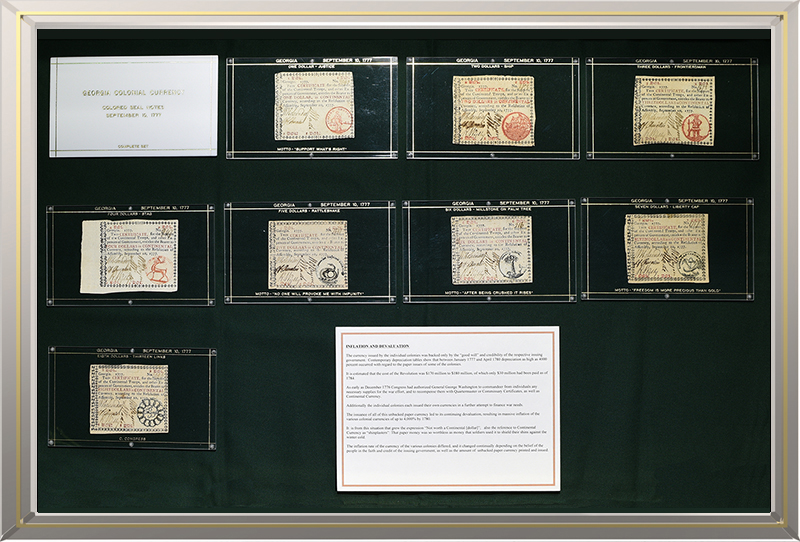 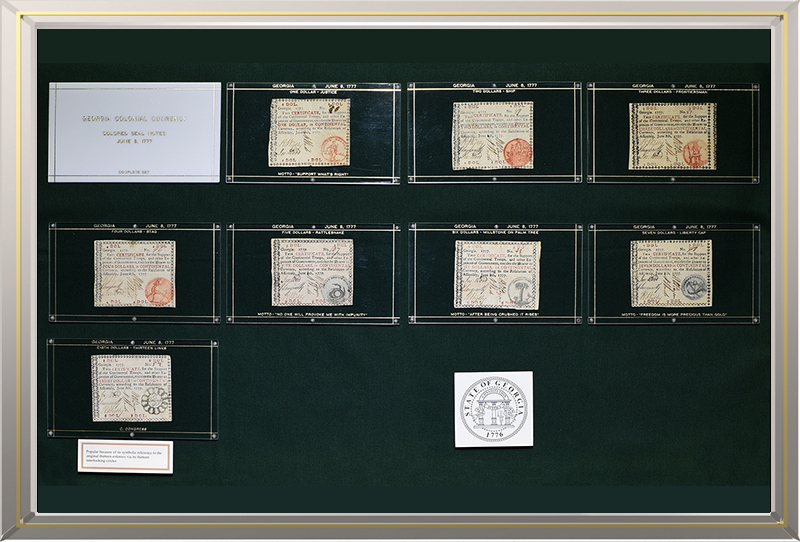 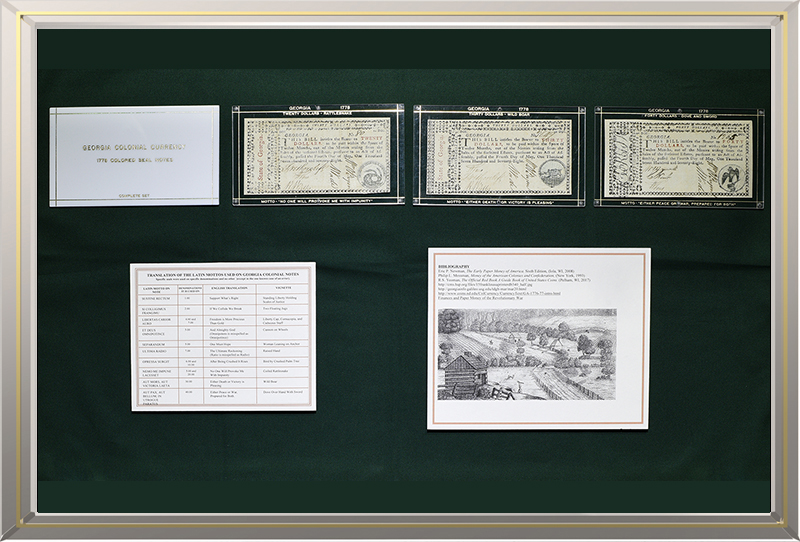