"I was by birth a gentleman, living neither in any considerable height, nor yet in obscurity."

Oliver Cromwell was a pivotal figure in England’s history and, as such, his character and life have been studied closely ever since his death in 1658. The key elements in his life were his religion, political skills and military prowess. His Puritanism provided his motivation and resolve, his military success gave him power, and his political skill allowed him to gain and maintain his position as Lord Protector of England, Scotland and Ireland.

Cromwell was born in Huntingdon in eastern England in 1599. His family was well-to-do and belonged to the minor gentry of East Anglia. Cromwell ranked near the bottom of the landowning class that dominated England’s social and political scene. He was raised as a Puritan and attended Cambridge University where he was noted for his enthusiasm for sports and games rather than for his academic abilities. Cromwell left Cambridge when his father died in 1617, to manage the family’s estates and to look after his widowed mother and seven unmarried sisters. According to some accounts, he also studied law at Lincoln’s Inn in London.

Following a period of illness and depression during the mid 1620s, Cromwell experienced a profound spiritual awakening that left him with deep and uncompromising Puritan beliefs that guided him throughout the rest of his life. Soon afterwards, he served in the Parliament of 1628, which Charles I dissolved in 1629. It was in that same year that Cromwell made his first recorded speeches in Parliament – significantly against “popery” (Catholic sympathies) in the king’s government. During the 1630s, financial difficulties and the political atmosphere of the time encouraged Cromwell, along with many other Puritans, to consider immigrating to Massachusetts to build a new life in a Puritan society. In the end he decided against this course and remained in England.

Cromwell’s rise to fame began in 1640 when he was once again elected to Parliament. His Puritan fervor, commanding voice, and opposition to the king’s policies quickly got Cromwell noticed in both the Short Parliament (April 1640) and the Long Parliament (August 1640 through April 1660). By 1642, Cromwell had established himself as one of the leaders of the king’s opponents in Parliament, especially in matters of religion. Immediately after the king raised his standard at Nottingham, Cromwell raised his first troop of horse (about 60 men) – he was one of 80 captains commissioned by Parliament to do so, thus preparing the way for war. 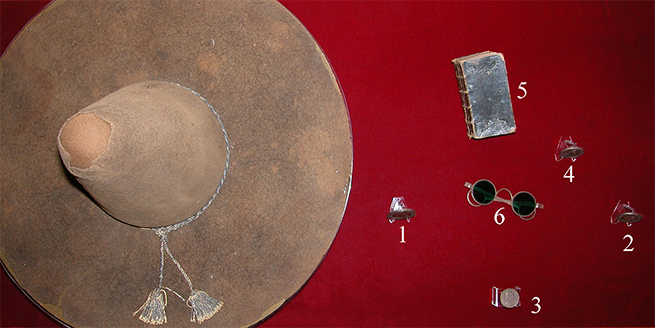