“I had rather have a plain russet-coated captain that knows what he fights for,  and loves what he knows, than that which you call a gentleman and is nothing else.”

Cromwell was an officer in the Parliamentary army from the start of the English Civil Wars, as well as a member of Parliament. After raising a troop of horse (about 60 men), he soon rose to command a regiment in 1643, which became famous as his “Ironsides” and for its discipline and fanatical Puritanism. By the end of the year, Cromwell was promoted to lieutenant-general and second-in-command of the Eastern Association, Parliament’s most effective army. During 1644 he participated in the victory over Prince Rupert at Marston Moor, which secured northern England for Parliament. In 1645-46, as second-in-command of the newly formed New Model Army under Sir Thomas Fairfax, Cromwell played a major role in defeating the king’s last army at the battle of Naseby in June 1645. When civil war flared up again in 1648, he was responsible for crushing the rebels in south Wales and defeating the Scottish-Royalist army at Preston.

After the trial and execution of the king, Cromwell led the military campaigns to establish English control over Ireland (1649-50) and then Scotland (1650-51), culminating in the defeat of another Scottish-Royalist army at Worcester in September 1651. Cromwell was appointed commander-in-chief of all the parliamentary forces in 1650, a remarkable achievement for a man who had no military experience before 1642.

Cromwell’s military success gave him enhanced political power and, by the late 1640s, he was one of the power-brokers in Parliament. After the king was captured, Cromwell tried to make peace, but his attempts were frustrated by Charles’ refusal to compromise. The king’s escape and invasion of England with a Scottish army convinced Cromwell that Charles was untrustworthy. Cromwell subsequently played a decisive role in the trial and execution of the king and the abolition of the monarchy. As head of the army, he then used troops to influence political events in the early 1650s.

In December 1653, Cromwell became Lord Protector (the title of king was suggested, but he rejected it), an office he held under a written constitution that specified a government made up of the Lord Protector, Parliament and a council. As Lord Protector, Cromwell became a virtual dictator. He experimented with various ways to rule the Commonwealth, starting with a Protectorate Parliament (without a House of Lords) and then an unpopular military government, which he replaced with personal rule (much as Charles I had done). He sought to restore order and stability at home and to promote English and Protestant interests in foreign policy. Oliver Cromwell died on September 3, 1658, naming his son Richard as successor. With Cromwell’s death, the Commonwealth foundered and the monarchy was restored two years later.

Cromwell’s Puritan conversion experience, strengthened by his belief that he and his troops had been chosen by God, gave a religious tone to his political policies as Lord Protector. Cromwell sought “Godly reformation,” a broad program of reform of the legal, judicial and social systems, and clamped down on drunkenness, immorality, music, theater, dancing and other activities Puritans viewed as sinful. He believed passionately in what was called “liberty of conscience,” or the freedom for a range of Protestant faiths to practice their beliefs undisturbed and without disturbing others, as long as they were based on the Bible and had nothing to do with Catholicism. Cromwell’s tolerance for other Protestants was considered unusually liberal for the time. 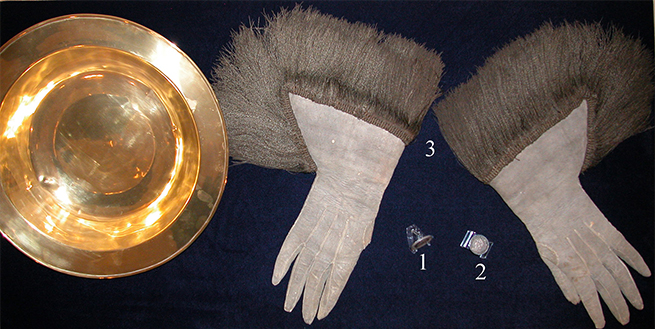