Commonwealth - A nation or a state governed by the people, as in a Republic.

The so-called “Long Parliament” was formed in 1640 after Charles I dissolved the “Short Parliament” after just three weeks.  This Parliament remained in power for the next 20 years and would lead the opposition to Charles I through the English Civil Wars. In 1647, Parliament and its “New Model Army” formed in 1645 and led by Sir Thomas Fairfax and Oliver Cromwell, began to disagree over the fate of the king. After the August, 1648 defeat of the Scottish Royalists at Preston, the army took control of matters.

It demanded that Charles be put on trial for treason. Army leaders, such as Oliver Cromwell and Henry Ireton, were fed up with Parliament’s continued desire to compromise with the king. On December 6, 1648, Colonel Thomas Pride forcibly reduced Parliament to a “rump” of just 80 members by expelling Presbyterians and other opponents of the army.

Soon afterwards, the king was put on trial and executed, followed by the abolition of the monarchy and the establishment of the Commonwealth of England. Conflicts between the army and Parliament continued, and Cromwell, commander-in-chief of the army since Fairfax’s retirement in 1650, forced the Rump Parliament to dissolve on April 20, 1653. The “Barebones Parliament” (named after one of its members), made up of 140 selected Puritans, then named Cromwell “Lord Protector” of England, Scotland and Ireland in December of 1653. As Lord Protector, Cromwell experimented with different ways to rule – at first through a council of state and the House of Commons (Parliament), but when that proved difficult he dissolved Parliament again in 1654 and resorted to a new system of military rule. The country was divided into 12 regions, each controlled by an army major-general. This system proved very unpopular, and a new House of Commons was elected in 1656. The Protectorate ended eight months after Oliver Cromwell’s death when Richard, Cromwell’s son, resigned as Lord Protector when it became clear the army leaders did not support him. 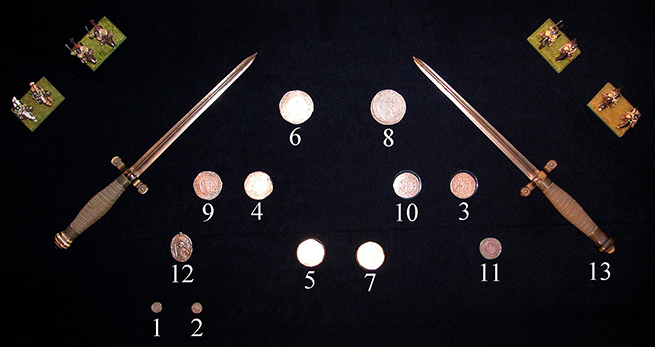