Siege, or obsidional (from the Latin obsidere, “to besiege”), coinage is emergency money produced during long sieges of cities during wartime. Many European cities, including those in England, were defended by walls designed to prevent enemy armies from capturing them. When an army was unable to capture a city quickly, it placed the city under siege by cutting it off from the outside world (and incoming food).

Siege money was produced to pay defending troops when normal money ran out. Soldiers had to be paid to maintain their willingness to fight, and to prevent them from stealing from civilians. Payment had to be made with whatever gold or silver coinage was collected. When that was gone, the townspeople’s gold or silver jewelry and silverware was converted into emergency coinage. This was done by flattening and then cutting the metal into pieces of the correct weight and then stamping them with a crude design. Siege money was generally made to the same standards as regular coinage and was intended to be redeemed after the siege in legal tender. Of course, if the defenders were unsuccessful, silver or gold could be melted down for their bullion value.

Many siege coins survive today because they were kept as mementos or charms, often pierced with a hole so they could be worn. 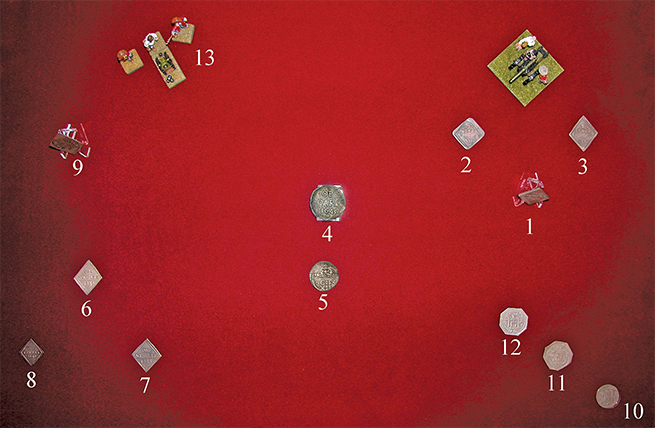