By the end of the 12th century, the Western European economy began to revive to levels not seen since the collapse of the Roman Empire, and demand grew for a more sophisticated coinage system. Coins also began to be regularly struck for circulation in non-Byzantine Eastern Europe for the first time.

A key element of this economic growth was the centralization of political power. Royal governments reclaimed the exclusive right to produce coins in France, Spain and England, among others. As coins became larger and more varied, more elaborate designs and legends were introduced to reflect the growing power of rulers. Coinage once again became an important form of propaganda and focus for national pride.

New sources of silver and the increasing volume of trade between Italian citystates, and the Middle East and North Africa provided the raw material to produce more and larger coins in silver and gold. Italy began introducing new coins during the 12th and 13th centuries which were to become the standards for international trade for centuries. The most important denominations were the silver grosso and the gold ducat, which became the preferred international trade coins of their time and were copied throughout Europe and the Middle East.

A related development was the re-introduction of fine portraiture on coinage, exemplified by the “testone” ( “head”) denomination of the 15th century, which featured large realistic portraits for the first time since the late 4th century. 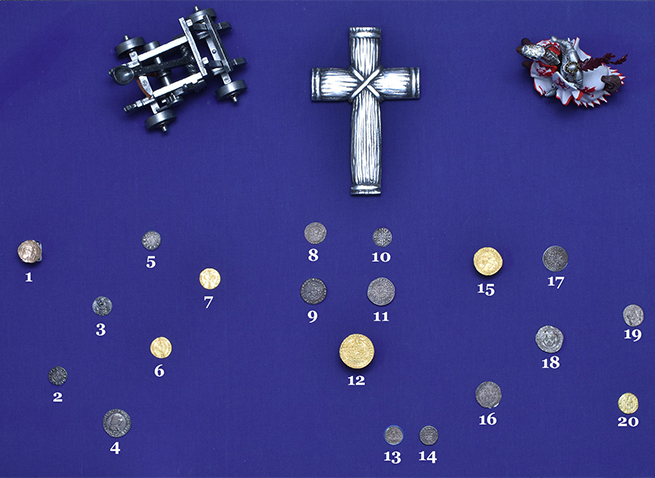