The religion of Islam began when the prophet Muhammad and his followers migrated (to escape persecution) to Medina in the year 622. This event, the Hijra, marks the beginning of the Islamic calendar, known as the Hijri Calendar. In Medina, Muhammad united the Arab tribes, then conquered Mecca. By the time of his death, most of the Arabian Peninsula had converted to Islam, and he had united the tribes of Arabia into a single Muslim religious unit.

The prophet Muhammad was followed by a succession of four caliphs who expanded Islam into the rest of the Middle East and North Africa. In 661, the Umayyad dynasty (661-750) was founded with its capital in Damascus. The rapid expansion of the Arab Empire resulted in the formation of one of the most significant cultural changes in history.

The Abbasid Dynasty (750-1258), the second great Islamic dynasty, promoted the value of knowledge. Known as the Islamic Golden Age, the Abbasid Dynasty encouraged Muslim and non-Muslim scholars to collect knowledge from around the world. This information was gathered and translated in Arabic. Its capitol in Baghdad was the center for the study of science, philosophy and medicine.

The Islamic calendar consists of 12 lunar months in a year of 354 or 355 days. It is used by Muslims to determine the date for Islamic holy days and festivals. The calendar begins with the emigration of Muhammad from Mecca to Medina in A.D. 622. The current Islamic year is 1433 A.H., from November 26, 2011 to November 14, 2012. Since it is a purely lunar calendar, it is not synchronized with the seasons. 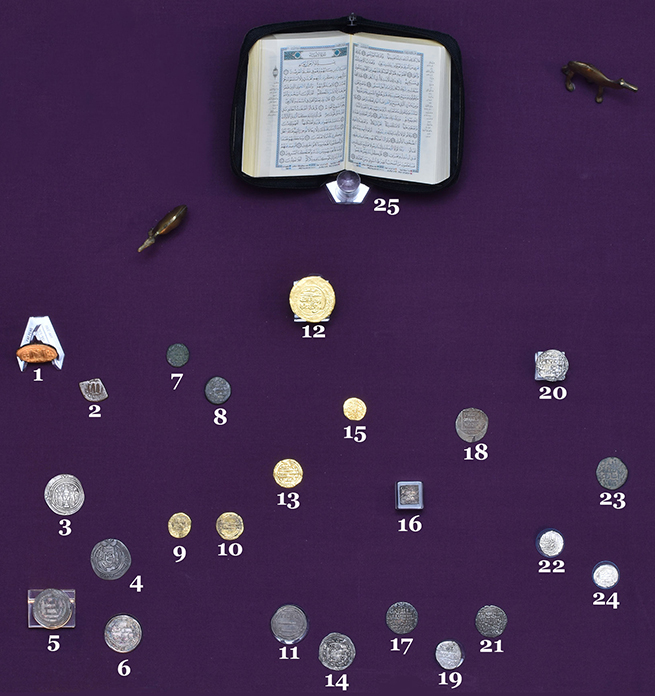