With the advent of the Renaissance in the 15th century, the Middle Ages drew to a close. Momentous events marked this change: the end of the Byzantine Empire in 1453, marking the passing of the last vestiges of the ancient world; and the discovery of the New World in 1492, fundamentally changing the outlook of western Europeans. The accelerating growth of the European economy and the discovery of vast new sources of silver in Central Europe and the New World allowed for the introduction of even larger coins that became the numismatic hallmark of the early modern world and the basis for the first truly global coinage.

The increasing volume of trade between the Italian city-states and the Middle East and North Africa provided the raw material to produce more and larger coins in silver and gold. Germany led the way, introducing large-size coins during the 15th and 16th centuries, which were to become the standards for international trade for centuries to come. The most important denominations were the silver guldiner or thaler (pronounced taller) — the standard for large-denomination silver coins of the future.

The first “modern” crown-size silver coin was the silver guldiner issued by Sigismund, Archduke of Tyrol in 1486. Tyrol was where the Schwarz mine was located — making Sigismund wealthy and encouraging him to develop new, larger coins with which to display and use his wealth. A key development was the introduction of a new silver denomination from the St. Joachimsthal mine, which became known as the Joachimsthaler guldengroschen, soon shortened to thaler — the grandfather of our United States dollar.

All of these coins were designed to replace their gold equivalent — so a silver thaler had the same value of metal as a gold ducat. The effect of these new coins was to increase the available money supply and to allow for the continued expansion of trade across the globe. 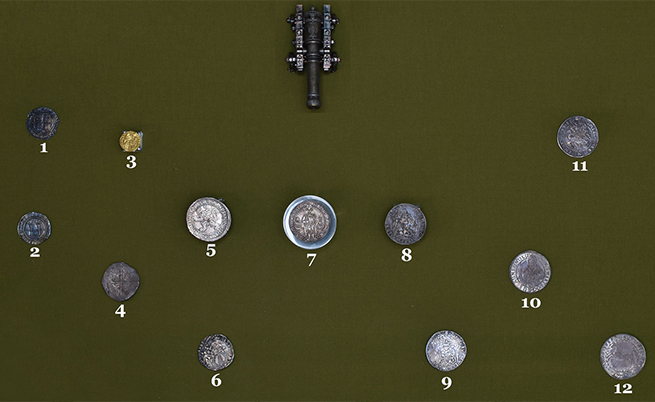