Paper money was first invented by the Chinese in the 7th century A.D. as a way of simplifying larger monetary transactions; paper money is a lot easier to handle than thousands of copper coins. In the 7th century, during the Tang dynasty, private issued bills of credit were introduced. In the 10th century, during the Song dynasty, generally circulating promises to pay were introduced to make up for a shortage of copper for coins.

The first paper money as we know it was introduced by the Jin dynasty in the 12th century when it began issuing Exchange Certificates without any date limitation. The Mongol Yuan dynasty (1206-1367) banned coinage altogether, relying on paper exclusively — as witnessed by Marco Polo, the first Westerner to report on the use of paper money by the Chinese.

Problems with counterfeiting and over-issuance of the notes convinced the Ming dynasty to discontinue the use of paper money by 1455, with disastrous results for Chinese trade.  In the 19th century, paper money was re-introduced as part of the Chinese currency system. 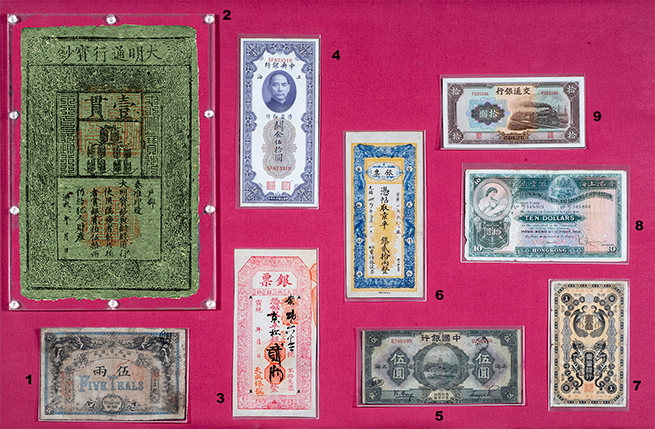