The Great Depression caused widespread unemployment. Many of these men began to travel on the railroads in search of work and became known as “hobos.” Living in “Hobo Jungles,” they ate, slept, relaxed and shared whatever they had. There was plenty of spare time and some of it was spent carving buffalo nickels.

The alteration of coins by engraving dates back to at least the 17th century or earlier in England. Beginning in the 1850s, coin alteration in the United States became popular with examples such as the “potty dollar” engraved on Seated Liberty and Trade dollars. The period of the 1860s through the first decade of the 20th century was the heyday of the love token, which was made by grinding one or both sides of a coin smooth and then engraving it with various designs, monograms, or initials. The love token fad faded out in the early 20th century as the hobo nickel was created.

Hobo nickels are generally “Buffalo” nickels, issued between 1913 and 1938, that have been hand carved using the design of either the Indian or the Buffalo as a base. The Indian head on these coins provided a large thick planchet and high relief profile for artists to work on, which allowed for fine detail work.

Originally traded for a meal, a sweater, or a place to sleep, hobo nickels today are valued collector items. Each is a unique work of art; the Indian has been converted into clowns, women, other Indians, friends and loved ones, bearded men, famous people, self portraits and, most commonly, bearded men with bowler hats. The Buffalo has been turned into donkeys, turtles, elephants, boxcars or hobos with packs on their backs. The designs are often caricatures of ethnic groups with exaggerated features. Some were crude and some were exquisitely carved.

The term “hobo nickels” did not come into widespread use before 1970 when they were first popularly collected. The Original Hobo Nickel Society, the leading Hobo collector organization, was formed in 1992 at an ANA Summer Seminar in Colorado Springs. 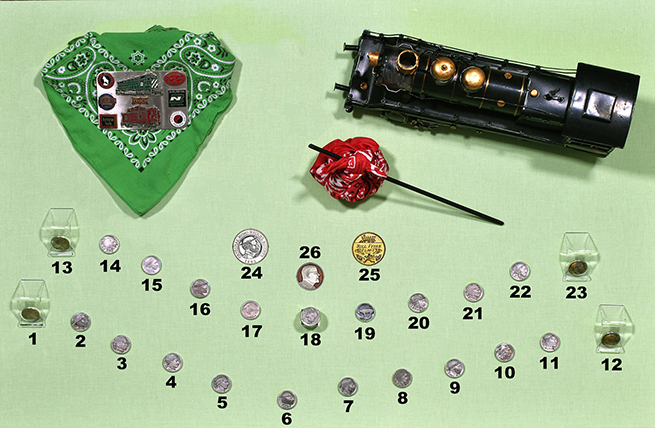