Medals are traditionally made in one of two ways – they are cast or struck. The first modern medals of the 14th and 15th centuries were cast because the technology to strike large metal objects 3 inches or more in diameter did not yet exist. With the invention of the screw press for minting coins in the 16th century, it became possible to strike large medals for the first time. Since then, striking has become the preferred method with casting confined mostly to art medals and private commissions.

Medals of both types begin with a model produced in a soft, easily carved material – originally wax, clay, plaster or wood. Once the models are complete, they are used to create molds for casting in a relatively simple process or to create dies through a complex series of steps. 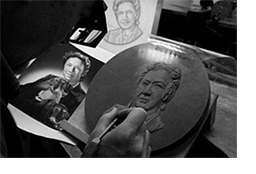 A model is prepared in beeswax, wood or stone. Letters are added with incuse punches or through modeling by hand. Once the model is completed it is pressed into a soft material such as sand mixed with a binder, or a mixture of gesso, pumice, water and sizing. This forms molds of the obverse and reverse, which are fitted together with channels added for pouring the metal and allowing gasses to escape. Metal is then poured into the mold and once cooled, the new medal is extracted and excess metal is removed. Details are next enhanced and the surface chemically treated and lacquered to create an attractive tone. Modern casting has introduced high-speed spin-casting allowing for the creation of medals more quickly and with finer detail. 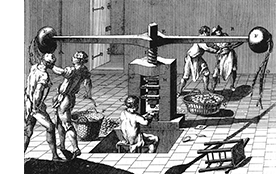 By the beginning of the 16th century, screw press technology was capable of striking larger diameters and higher relief required for medals. As with casting, the artist begins with a model, but then cuts the design in mirror-image into a die – a polished metal rod with a negative image engraved or pressed into it. The design can also be cut in relief on the die and hardened, then stamped into a metal block softened by heating. This process is repeated to create an obverse and reverse die. The dies are then mounted in a press to simultaneously strike both sides onto a blank planchet to create the medal. Striking is capable of producing larger numbers of medals more quickly than in the casting process. 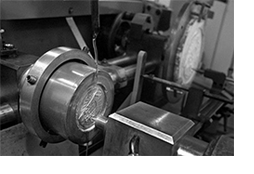 During the early 19th century, the process was modified by the reducing lathe – a machine that allows a model to be copied in larger or smaller size. It uses a metal stylus to follow the contours of the model while a carbide milling burr copies the exact movements of the stylus, carving into a steel rod. The rod becomes a positive die, or hub, carved with an exact reproduction of the model in a reduced size. After hardening, the hub is slowly squeezed with great pressure into another steel rod, creating a working die. The blank is struck repeatedly, with the blank annealed to resoften the metal between strikes. Once the medal is fully struck, it is trimmed to remove excess metal and smooth edge. 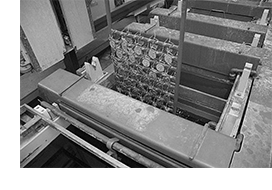 With either process, the medals are finished by plating in silver or gold through electrolysis, or by patination through dipping in chemical solutions to create the desired finish. An optional step is to coat the medal in a protective varnish. 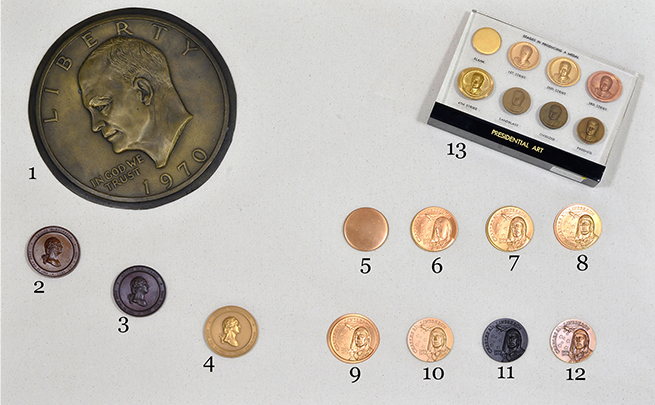 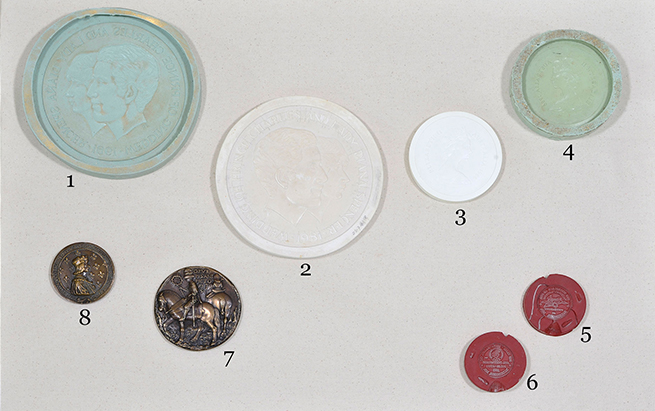