The U.S. Mint began to produce Indian Peace Medals for the government in 1801 during the presidency of Thomas Jefferson. These medals began the tradition of producing silver medals in several sizes with the image of the current president on the obverse for use in negotiating with Native American leaders. The government department responsible for relations with American Indians and issuing the medals changed over time from the War Department (1789 – 1824) to the Bureau of Indian Affairs, a subdivision of the War Department created in 1824. In 1849, the newly created Department of the Interior was given charge of all Indian affairs, including the ordering of Indian Peace medals, which they did until the end of the program in 1890.

This system of creating native alliances worked as long as national policies remained consistent and both sides kept their promises. Rivalries between the colonial powers made consistency difficult and the constantly growing numbers of settlers moving westward created pressure on American authorities, making control of the frontiers difficult and increasing the potential for violence between the natives and settlers. The withdrawal of France from North America in 1803, the gradual reduction of border tensions with Great Britain over Canada after the War of 1812, the Spanish loss of Mexico and Florida and the Russian sale of Alaska to the United States in 1867 left Americans with a free hand in western part of the continent. 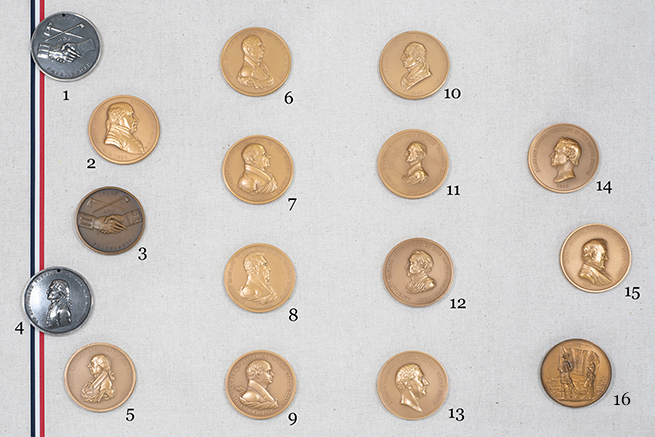