By 1861, Indian Peace Medals had been struck for collectors by Mint officials on an irregular basis for decades. In that year, with the reorganization of the medal department, the Mint began to officially issue and sell medals to the public – including Indian Peace medals, often as mementos of popular presidents. This regular availability of mint medals created a demand which resulted in the issue of a regular series of Presidential inaugural medals in the 1870s. The medals produced for the public were struck in bronze in the 3-inch size with few exceptions. This was a way to differentiate the official medals struck in silver, intended for government presentation to American Indian leaders, from those created as collector items. Some rare exceptions did occur during the administration of Presidents Chester A. Arthur and Grover Cleveland and some bronze examples were likely used fraudulently by traders in their dealings with Native Americans.

As suggested by the practice of selling the medals to the public, the importance of Indian Peace medals declined over time as the power of the United States grew, colonial competition disappeared and the perceived threat represented by the Indians declined. This decline can be traced through the change in the departments responsible for their issuance – from the War Department to the Department of the Interior, reflecting the change of status of the American Indian nations from independent powers to a domestic problem for the U.S. government. By the second half of the 19th century, diplomacy was no longer considered necessary – medals were simply a way to appease or buy support among individual American Indians and no longer represented formal agreements or obligations with the Native American peoples. 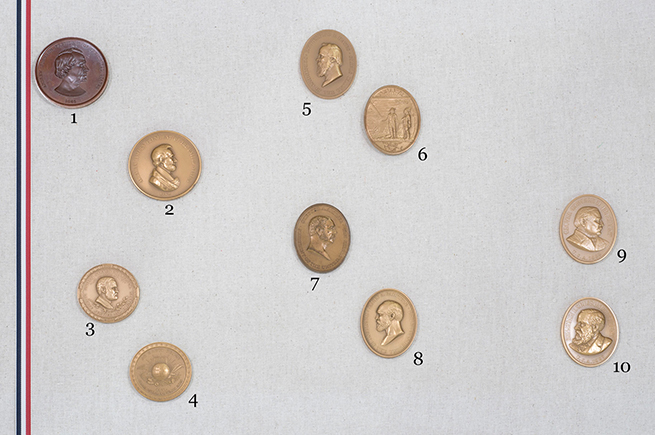