The Presidential medal series began to be produced regularly by the U.S. Mint in the 1860s with the striking of popular dime-sized medallettes often featuring Washington or Lincoln busts. Prior to that time, Indian Peace medals struck in copper were sold by Mint officers to the public. Starting with Rutherford B. Hayes, the Mint struck 3-inch bronze medals for sale to collectors specifically to commemorate American presidents. The series expanded rapidly with the addition of special “retrospective” medals for Ulysses S. Grant, Abraham Lincoln, and William Henry Harrison. Subsequent medals were produced soon after presidents began their terms, with the exception of medals later produced to ”fill in” the gap for earlier presidents. Today, the Mint still sells Presidential medals, including the current President in two sizes in bronze (3 inches and 1 5/16 inches and, starting in 2018, in 40.5mm silver). 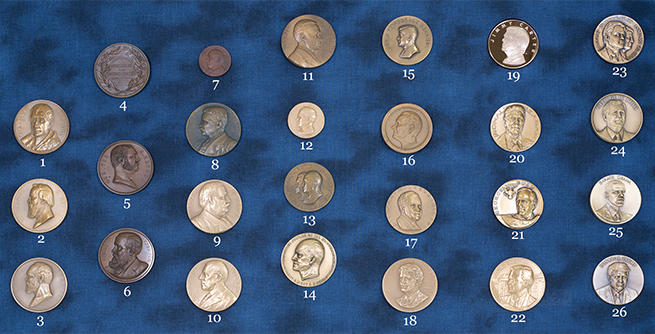