The U.S. Mint medal department was not originally limited to producing official government issues. From almost its earliest days, private orders were permitted from individuals and organizations. In 1805, Secretary of State James Madison granted permission to merchant Joseph Sansom to order medals from the Mint commemorating George Washington and Benjamin Franklin. This was followed by orders from the Franklin Institute and others in the 1820s and a series of commemorative and award medals commissioned by individuals, schools, businesses, associations and societies ranging from agricultural and mechanical groups to art academies. These commissions increased dramatically in the 1840s under Chief Coiner Franklin Peale.

By the 1890s, the Mint had stopped taking private commissions and moved away from producing medal series it had minted for decades, largely due to pressure from the growing number of private mints that wanted extra business. In most cases, especially for awards, the Mint kept dies in storage until needed and produced new medals as requested, proving sufficient for several years. As the 20th century progressed, these orders were discontinued and the dies were sent to the owners and/or private mints to continue striking the pieces. The last private medals produced at the Mint were struck in 1948 for Boston Schools. 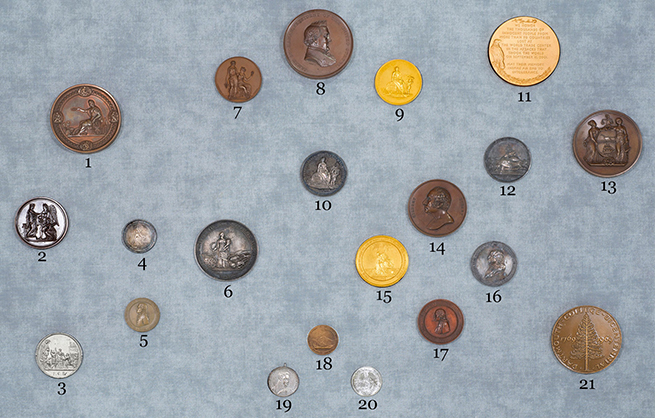