After the U.S. Mint completed the medal series for the War of 1812 in the 1830s, there were no new opportunities for military medals until the Mexican-American War (1846 – 1848). By that time, government interest in celebrating military leaders had waned considerably – in large part for financial reasons, which left the door open for private issues by individual states, some of which were produced at the U.S. Mint. Medals were issued celebrating spectacular victories of American forces and a new crop of heroes made their appearance on the American stage, including future presidents Zachary Taylor and Ulysses S. Grant.

The Civil War presented an opportunity, but the medals department at the Mint was in disarray and government interest continued to be low. Nevertheless, several medals were made, especially to honor General Grant for his victorious campaigns during the war. Many private medals were also produced, the first of which commemorates the bravery of soldiers who defended Fort Sumter against impossible odds.

Since the Spanish-American War in 1898, American war-related medals have focused on the bravery and contributions of the men and women involved, vilifications of the enemy, the Red Cross and other relief efforts for the victims of war. Many have been issued by private artists or organizations. The U.S. Mint currently offers a series of medals commemorating the branches of the U.S. military and their accomplishments, especially during World War II. 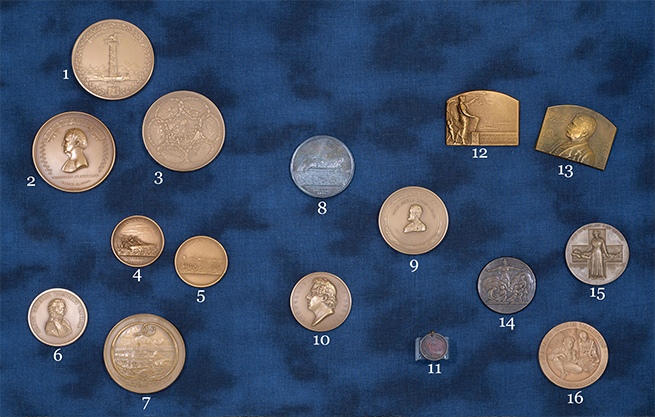