When the Revolutionary War ended, there were no clearly defined political parties. But one thing was clear: George Washington was the most respected leader in the new country. He was nominated by Benjamin Franklin and unanimously elected to serve as President of the Constitutional Convention in 1787. Washington realized that the Articles of Confederation were inadequate, and advocated for a new system with a strong central government. The document that followed, the United States Constitution, is one of the most innovative and successful political frameworks in history.

A central element of the Constitution was the office of President, and in early 1789 Washington was elected unanimously in the electoral vote. The first Presidential Inauguration took place on April 20, 1789 in New York City. As President, Washington appointed the first Cabinet, from which he regularly sought advice. He understood the danger of partisanship and rarely used his bully pulpit, but his unwillingness to form a party and preference for a strong federal government deepened divisions that helped lead to a two-party system. In 1797, Washington retired after serving two terms – an example closely followed until Franklin D. Roosevelt’s unprecedented four terms. The two-term limit became law under the 22nd Amendment in 1951.

Washington owned or held more than 300 slaves at Mount Vernon. As President he enacted policies that were ambiguous towards slavery – some strengthened it, and others restricted it. His will ensured that all his slaves were freed upon the death of his wife Martha. 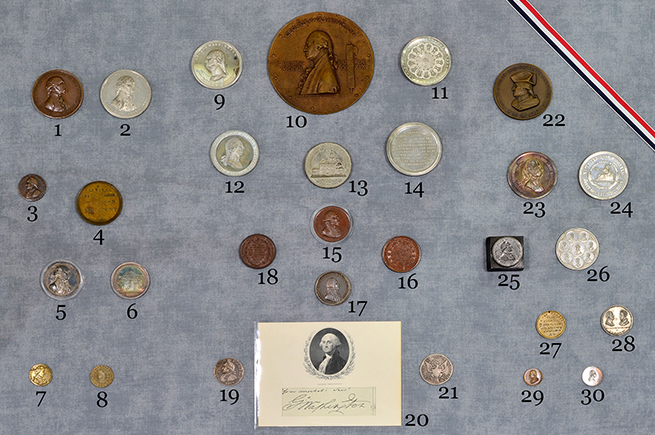