England and Ireland have had a close and often violent relationship since the 12th century, when the King of England was recognized by the Pope as Lord of Ireland. The Irish Parliament passed the Crown of Ireland Act 1542, proclaiming Henry VIII of England as King. England, Ireland and Scotland were united under the Union of the Crowns in 1603. Irish politics were dominated by religious and ethnic divisions between the predominantly Catholic native Irish and primarily Protestant English and Scottish immigrants. Political and economic power was concentrated in the small Anglo-Irish Protestant minority with native Irish Catholics disenfranchised and economically marginalized.

The Parliament of Ireland was subject to the Parliament of England until the Constitution of 1782 gave Ireland legislative independence from Great Britain. However, Catholic frustration led to rebellion in 1798 (in conjunction with a French invasion). This rebellion was bloodily crushed, and Ireland was absorbed into the United Kingdom in 1800. The Irish Parliament was abolished and Irish representatives were added to the British Parliament, in part to improve conditions in Ireland, but also to ensure control.

Over the next century, reforms allowed Catholics increasing freedoms and influence, but turmoil continued due to ongoing discrimination and the slow pace of change. The Great Famine of 1845-49 overshadows much of the period, highlighting many social divisions within the country. From a high of 8.4 million people in 1844, the island’s population dropped to 6.6 million by 1851, with 1 million dead and millions more emigrating over the following decades. By 1921, the population had dropped to under 5 million.

The slow pace of Irish reform, callous British attitudes and inadequate British relief efforts during the Great Famine resulted in unrest and increasing demands for home rule among Irish Catholics. Protestant Irish, concentrated in the industrial northeast, favored remaining in the United Kingdom. Home rule was granted to Ireland in 1914, just as World War I began, but was immediately suspended for the duration of the war. Attempts to implement home rule during the war culminated in the failed 1916 Easter Rising in Dublin, with violence continuing for the rest of the war. A new Irish Republic Parliament formed under the majority Sinn Fein party in January 1919. However, fighting continued as Irish nationalists and unionists (with the support of the British army) clashed, with the new Irish Republican Army (IRA) successfully fighting a guerilla war to win Irish independence from 1919 to 1921. After peace, Ireland was divided into what is now the Republic of Ireland and Northern Ireland, which continues as a part of the United Kingdom. Ireland withdrew from the British Commonwealth in 1949.

Ireland’s Great Famine of 1845-49 was the worst in Europe during the 19th century. It was caused by a potato blight that triggered almost total crop failures in Ireland. Since almost half of the Irish population depended on potatoes for their subsistence, and only a couple of high-yield varieties were used (reducing genetic variety and resistance to disease), the results were devastating. 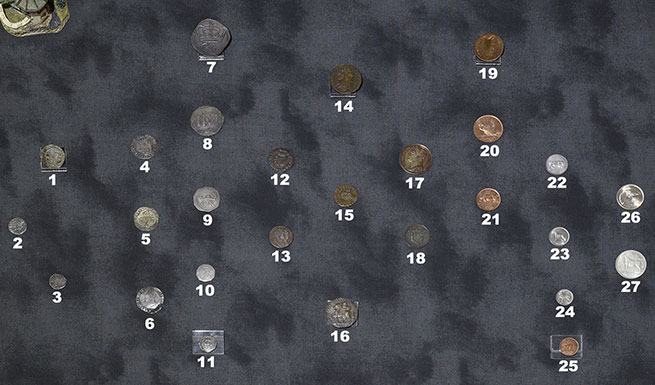