The first English settlers to immigrate to the New World faced an enormous challenge: survive in an environment inhabited by unfamiliar creatures, plants, weather patterns, and potentially hostile natives. They came from a world with settled patterns of life – most people lived in villages, agriculture and animal husbandry were common, and towns had people specialized in various trades. Money was the grease that kept the machinery of European civilization working.

Spanish settlers to the New World came as Conquistadors in the 16th century in search of wealth in the form of gold and silver, lands and serfs – found in plenty in what was to become Mexico and Peru. All they had to do was conquer the native kingdoms they found and set themselves up as rulers in the name of their King, Charles I of Spain. The earliest settlers to the eastern seaboard of North America came in the 17th century for much the same reasons, but were disappointed to find little in the way of easy wealth – there were no gold or silver mines, natives were not numerous and were declining in population due to imported European diseases. On top of this, the land was heavily forested, requiring an enormous amount of labor to make it useful for European-style agriculture.

Once it was realized that there were no easy fortunes to be made in North America, settlers arrived with plans to make a new life based on what they had known in the Old World. Whole communities began to immigrate, often with hopes of creating a better society for themselves and their descendants. But without gold and silver, what would they do about money? Ingenious solutions were required in order to create new settlements that eventually became the building blocks for the creation of the United States. 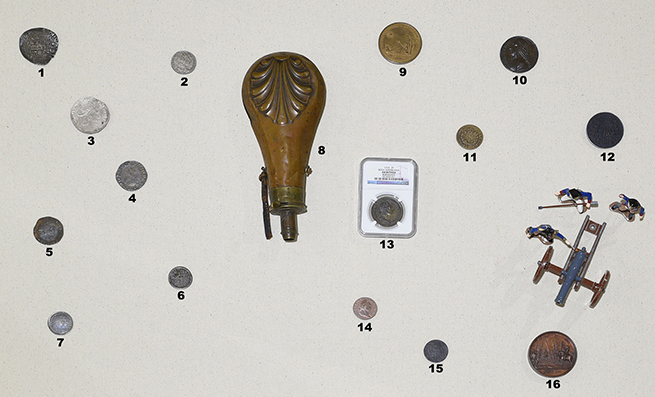