Medals have been a popular form of artistic, commemorative and historical expression since the 15th century. Naturally, they became important for celebrating the people and achievements of the British Empire. Individuals and events that celebrated the accomplishments of Britain and its empire were recorded in medallic form. During the 19th century, medals were used to commemorate exhibitions staged throughout the empire that displayed imperial achievements in peaceful pursuits such as architecture, engineering and science. Medals commissioned by the government as awards for outstanding service were produced by individuals and companies for sale to the public in gold, silver, copper and other metals.

British greatness was on full display in 1851 at London's Great Exhibition of the Works of Industry of All Nations – considered the first modern "World's Fair." Held in London’s Hyde Park from May to October and offering 14,000 exhibits, the event showcased achievement and innovation worldwide, and particularly the superiority of the United Kingdom and its empire. The exhibition was organized by Prince Albert, opened by Queen Victoria, and hosted many of the most influential people of the Victorian Era, including Charles Dickens, Charlotte Brontë, George Eliot, Charles Darwin and Alfred, Lord Tennyson. It was by every measure a success, and revenue was used to found some of London's finest cultural institutions. A memorial to the exhibition, including a statue of Prince Albert, is located at Royal Albert Hall.

Architecture was a major theme of the exhibition, and the most famous building was the Crystal Palace, a 990,000 square foot iron and plate glass structure that astonished attendees. It was constructed to be temporary, simple and inexpensive – celebrating British craftsmanship and efficiency on a grand scale. The building was relocated London's Sydenham Hill in 1854, where it hosted events before falling into disrepair. It was destroyed by fire in 1936; today the area where it stood is called Crystal Palace. 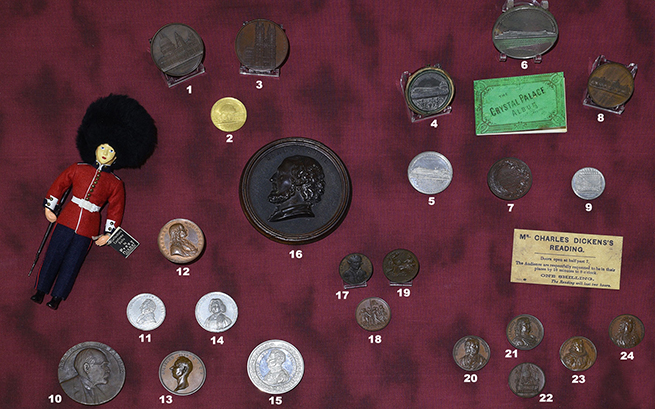