Sterling silver coinage was first introduced to the colonies in 1825, primarily because Spanish dollars were no longer readily available due to the independence of most of the Spanish-American colonies – the last Spanish dollar was struck in 1825 at Potosi, Bolivia. The successful introduction of the gold sovereign in 1817 also played a role.

The Organization of Eastern Caribbean States (OECS) was formed in 1981. It has seven full members (Antigua & Barbuda, Dominica, Grenada, Montserrat, Saint Kitts & Nevis, Saint Lucia and Saint Vincent & the Grenadines) and three associate members (Anguilla, the British Virgin Islands and Martinique). All except Martinique are either former British colonies or remain overseas territories of the UK. 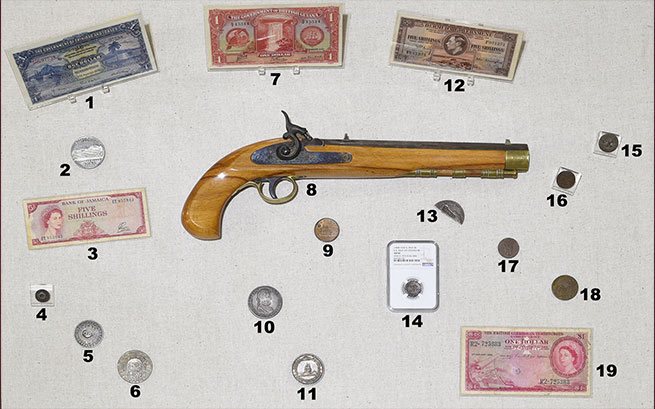