Created to commemorate events and people, commemorative medals were produced by governments, private organizations and individuals and form a unique record of the war while reflecting the artistic trends of the time. Each country had a different approach to design, subject matter and artistic style. Naturally, governments favored patriotic and anti-enemy subjects on medals, while individual artists tended to favor themes based on broader topics, including battlefield horrors, political cynicism and physical devastation of the war. Germany and France produced the most extensive series of medals, providing an informative contrast between the contending alliances of the war.

Medals provided a means of raising funds and creating personal mementos and symbols of patriotism that could be distributed to the populace at large. Artistic values varied from country to country, as did the overall attitude towards the war.

Among the Allies, the war was presented as a crusade for justice and liberty, justified by the actions of a cruel, totalitarian enemy.

Among the Central Powers, the war was presented as a fight for recognition justified by cultural and scientific superiority, and for freedom from the economic tyranny of Great Britain. 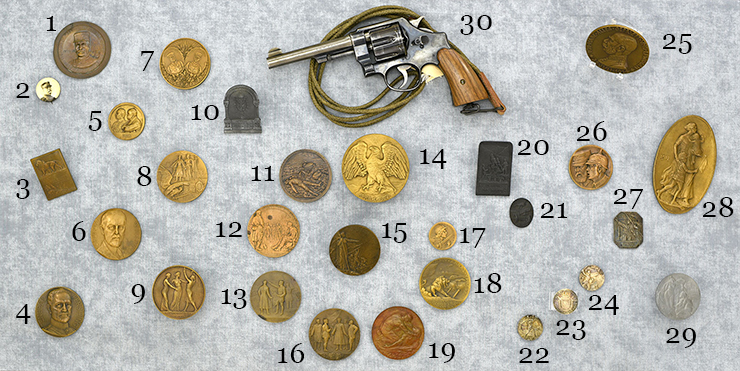