World War I witnessed an unprecedented proliferation of propaganda in all media, including medallic art. Governments struggled to maintain the almost universal initial enthusiasm in the face of shock over casualties and the realization that the war would last much longer than hoped, requiring sacrifices beyond anything initially imagined. At its best, propaganda inspired citizens by appealing to idealism and justice to help those in need. At its worst it used cynical lies and bigotry to promote hatred for the enemy in order to maintain support for the war.

Allied propaganda medals portrayed classical female allegorical figures leading their soldiers in mass charges to victory and used abstract ideals such as glory, justice and liberty. Individual soldiers and the enemy were rarely shown. Many Allied medals focused in particular on the hardship and destruction inflicted on the Belgians by the Germans, with graphic scenes of suffering civilians and children.

German artists rejected classical tradition instead using allegorical figures drawn from Nordic mythology in the medieval German tradition with muscular figures in armor fighting alone against grotesque monsters or death personified. Germans viewed the war as a struggle between nations - not ideals - and appealed to patriotism and the brotherhood of warriors. Consequently, their medals featured a much more realistic and apocalyptic presentation of the destruction brought about by the war, as witnessed by scenes of titanic struggle, death and suffering. 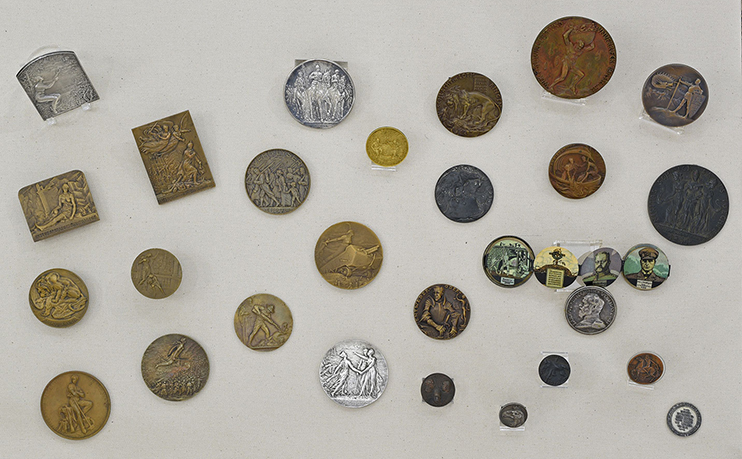