World War I saw a great flowering of satire in the traditional forum of cartoons, and in the less familiar field of medals. Satirical medals were produced by artists to comment on the news of the day — with due caution to avoid the attention of censors. Governments were especially sensitive to criticism due to massive casualties and the stalemate and futility of the gargantuan efforts being made on all sides. Germany in particular proved to be fertile ground for the production of satirical medals. Hundreds were produced during the war by a new generation of engravers, some concentrating on largely patriotic themes and others commenting on the war itself and the shadow of death that brooded over Europe.

In France, Art Nouveau style and its elegance, sinuous curves and decorative lines reigned supreme in medallic art, as it had since 1900.

German artists consciously broke with this tradition, opting for a brutal simplicity emphasizing expression over decoration and using angular imagery and blank space to evoke strong emotions influenced by contemporary trends in painting. The contrast is further emphasized by the manufacture of the medals, with French pieces largely struck, giving much finer detail, in tune with their artistic style. German artists preferred to cast their medals, giving a rougher, less detailed product suited to the new German style. The extensive use of iron, a metal rarely used before the war for medals, accentuated the rough appearance. 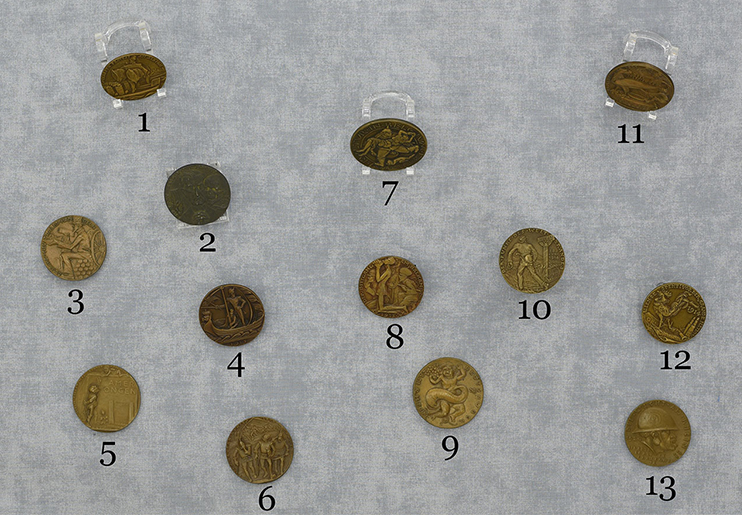