Badges or insignia have been used to mark rank for senior officers since ancient times. During the Middle Ages, ranks and positions were identified through heraldic devices on personal equipment or through flags and pennants. It was not until the adoption of uniforms by Europeans armies in the 17th century that the use of badges and insignia was fully developed. In the British Army, modern insignia evolved with the creation of Cromwell's professionalized New Model Army in 1645. All nations used badges to identify information about the troops in World War I, but these badges took many different forms and could appear in different ways on uniforms.

Detachable badges in metal or cloth are a key element of modern military uniforms. They can be worn on cap, collar, shoulder, arm, or cuff. In World War I they could be stitched, or attached with brass pins or sliders. They are used to identify rank, unit or ship, qualification or specialist training, time in service, wounds or awards.

Early in the war it was determined that shiny metal badges and buttons were a hazard in the trenches. They were soon blackened to eliminate reflection, replaced by cloth versions or left off altogether. Badges were often removed during patrols and trench raids in order to prevent the enemy from gaining information. 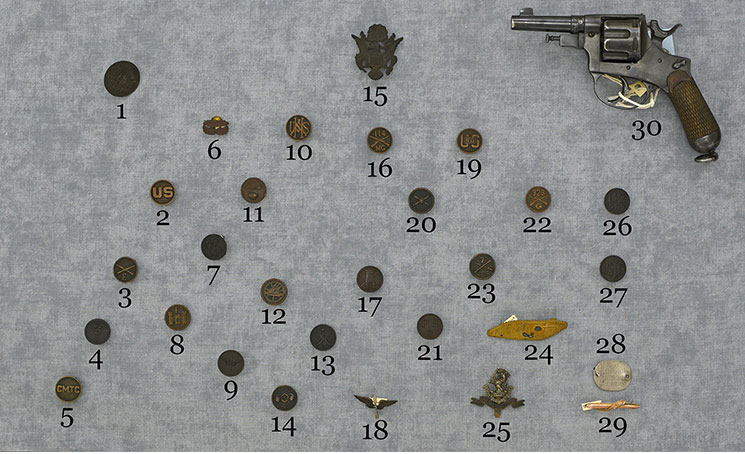