Decorations have been awarded since ancient times. Egypt had the Order of the Golden Collar during the Old Kingdom (2686-2181 B.C.) and the Romans had torcs (neck bands), armillae (arm bands) and phalerae (metal discs), often in gold or silver, for bravery and military accomplishments.  Necklaces and bracelets were given during the early Middle Ages, which evolved into richly jeweled necklaces, often with a pendant that became the basis for modern orders of chivalry and military decorations.

The oldest military decoration still in use is Sweden’s För tapperhet i fält (“For Valor in the Field”) and För tapperhet till sjöss (“For Valor at Sea”) awarded to members of the Swedish Armed Forces who have demonstrated courage in wartime. The medal was instituted by Gustav III in 1789.

During World War I, decorations were created or revived by all combatant and many neutral nations.  They were awarded to their own citizens as well as those of their allies for acts of bravery, gallantry and meritorious services. 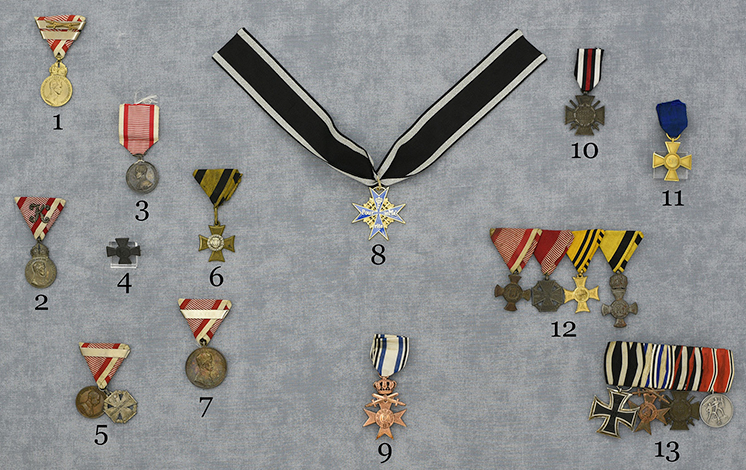