On December 16, 2014, H.R. 2366 — the World War I American Veterans Centennial Commemorative Coin Act — became law, authorizing the issuance of a WWI commemorative coin in 2018. The new coin commemorates America's involvement and honors the more than four million American men and women who served during the war. A surcharge of $10 from the sale of each of these coins will go to the United States Foundation for the Commemoration of the World Wars to assist the Congressionally-appointed World War I Centennial Commission (WWICC). The WWICC has served as the lead organizer for the nation's WWI commemorative events and coordinated the activities of thousands of individuals and institutions.

Commemorative coin programs are created by acts of Congress to honor a person, place or event. Surcharges from the sales of these coins fund a variety of organizations and projects that benefit the public. These coins are only available for the United States Mint for a limited time, as specified by law.

The World wWar I commemorative dollar design was selected through a juried competition and the design submitted by LeRoy Transfield was chosen by the Secretary of the Treasury. The design was engraved by Don Everhart. Production is limited to 350,000 coins. The coin is supplemented by a series of five medals, each commemorating the role of one of the U.S. military service branches — Army, Navy, Air Force, Marines and Coast Guard — during the war. 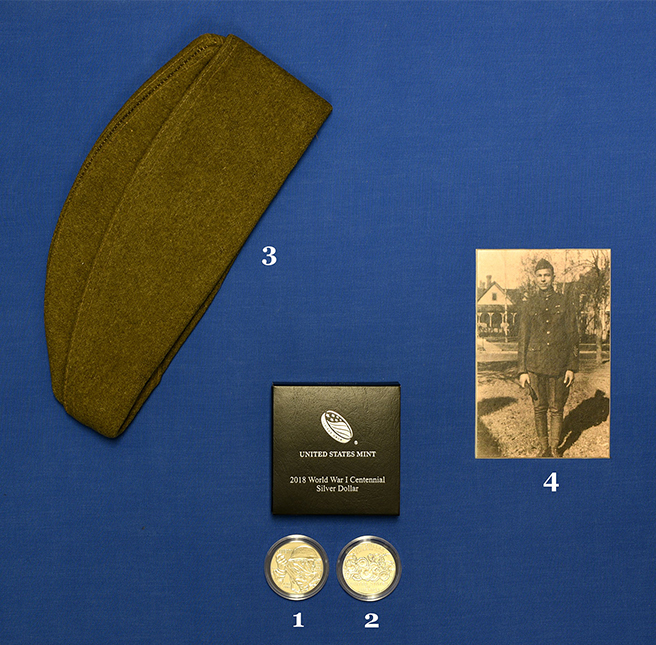