A military decoration is an award that consists of a ribbon and medallion given to an individual as a mark of honor denoting heroism, meritorious or outstanding service or achievement. Each decoration records when a person accomplished something extraordinary in the service of their country.

Medals are awarded for service and conduct, as well as for participation in battles, campaigns, theaters and wars. Strictly speaking, medals incorporate all awards that hang from a ribbon, while decorations are awarded only for battlefield accomplishments.

However, the term medal is frequently used to describe decorations. Military decorations are often beautiful works of art incorporating colorful ribbons and often with enameled crosses, metals stars and bars. 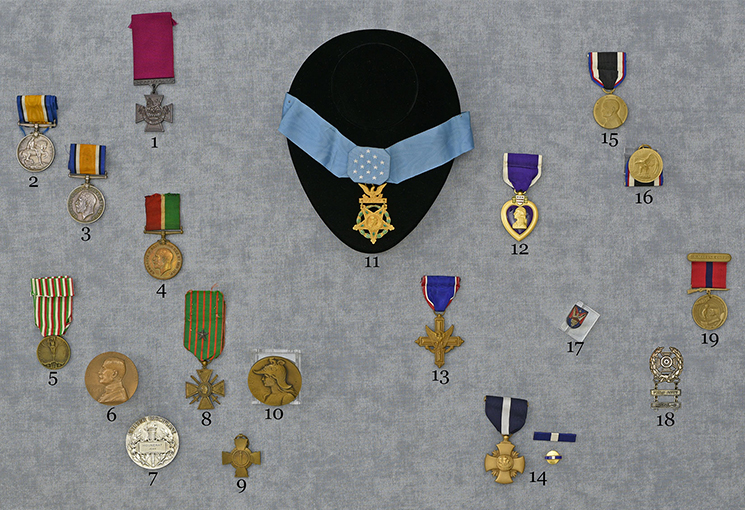