The British naval blockade of the Central Powers created shortages in food and strategic materials such as rubber, nickel and tin. The Deutschland was a blockade-breaking German cargo submarine built with private funds and operated by the North German Lloyd line. It was unarmed, with a wide beam to provide space for 700 tons of cargo. With a surface speed of 15 knots, it was faster than most contemporary merchants, and could also travel at 7 knots underwater. Commanding officer Paul König had previously been a captain of North German Lloyd liners.

On its maiden voyage, Deutschland avoided detection to carry $1.5 million worth of dyes, pharmaceuticals and gems to Baltimore on July 9, 1916, after two weeks at sea. She returned to Germany with nickel, tin and rubber valued at $17.5 million, several times her building cost. She had traveled 9,720 miles, and was submerged for 220 miles. On her second trip Deutschland arrived in New London, Connecticut in November with a cargo of pharmaceuticals, securities and gems valued at $10.5 million. She returned home with 6.5 tons of silver, among other cargo.

Britain and France protested against the use of submarines as merchant ships, arguing that they could not be stopped and inspected for munitions like other cargo vessels. The U.S., under pressure for showing favoritism while having declared itself neutral, rejected the argument. Unarmed submarines were considered merchant vessels and allowed to trade. 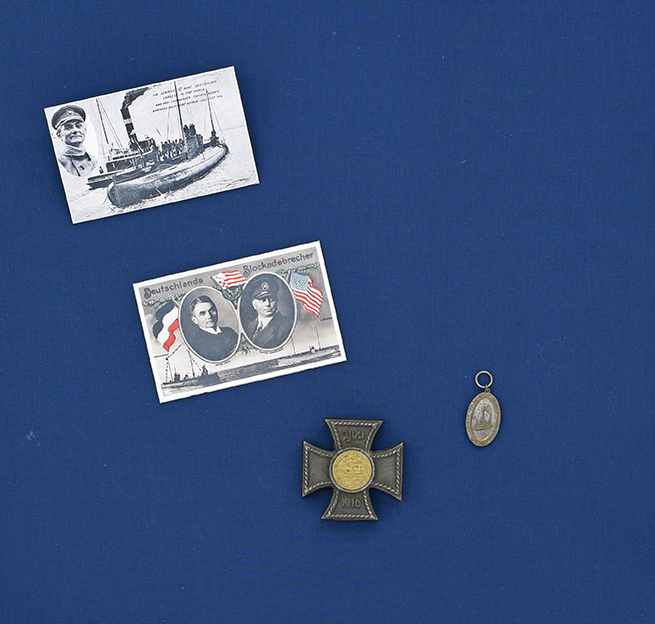