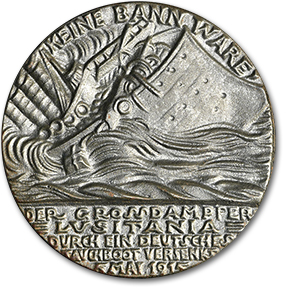 On May 7, 1915, a German U-boat sank the Cunard luxury cruise liner RMS Lusitania off the coast of Ireland. One of the largest and fastest passenger ships in the world, the Lusitania was carrying 1,962 passengers and crew. A total of 1,191 perished, including 128 Americans. Public outrage in England and the United States caused a shift in opinion against Germany that would eventually lead to America’s entry into the war.

However, there is much more to this story. Prior to the sinking, Germany had declared the waters around the United Kingdom a war zone, and the German embassy in the U.S. had distributed warnings not to travel on the ship as it was suspected of carrying munitions and thus a legitimate target. British and American authorities denied it was carrying munitions (it was) for many decades after the war.

In August 1915, Bavarian medalist Karl Goetz (1875-1950) issued a medal intended as a scathing criticism of the Cunard Steamship Company and British policies allowing military cargo to be carried along with civilian passengers. Due to an error in a local paper, Goetz sculpted May 5, not May 7, for the date of the Lusitania’s sinking.

England took advantage and accused the German government of celebrating the murder of innocent civilians, even though Goetz was a private medalist. The inaccurate date was used as proof that the sinking was planned in advance. Within months the British produced 250,000 copies of the medal (only 180 originals were produced) “proving” the barbarous nature of Germans. Goetz attempted to correct his mistake through the re-issue of the medal with a corrected date and by publishing explanations of his intent, but it was too late. 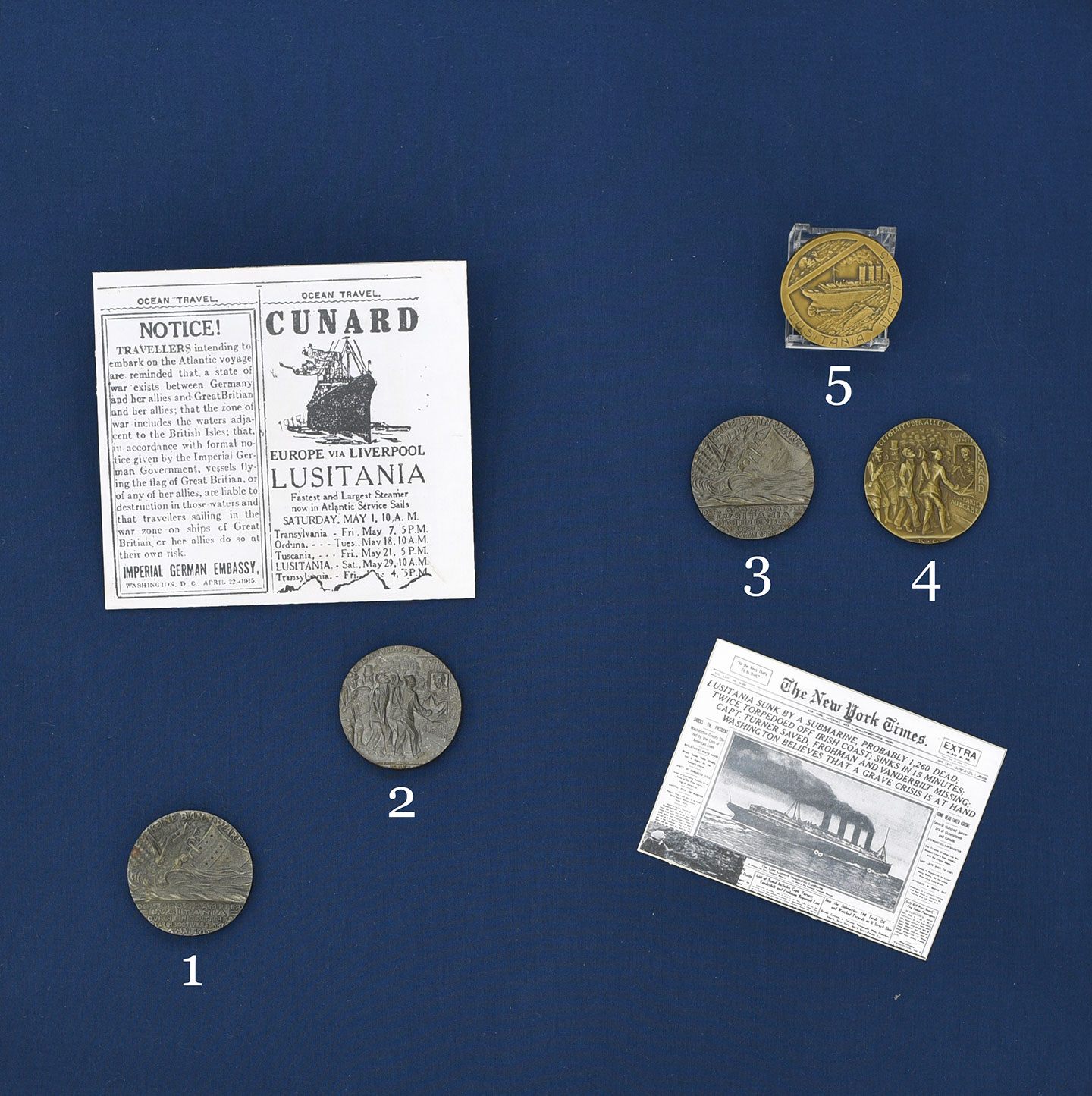