After the end of the war medals focusing on the conflict continued to be issued in large numbers for the next decade. Most medals were issued by the Allies and memorialized the events and the dead. A major subset was produced to raise money for rebuilding the devastation caused by the war and to care for the veterans, widows and orphans.

After the 1930s, numismatic remembrances of WWI were limited to anniversaries and the war was largely overshadowed by World War II and its legacy. The centennial has proven to be a major exception — exhibits, events and numismatic tributes in memory of the Great War have abounded since 2014. Many combatant nations have issued medals and commemorative coins for various anniversaries associated with the events of 100 years ago. The United States will be issuing a series of medals in 2017 to be followed by a commemorative coin to support the World War I Centennial Commission in 2018. 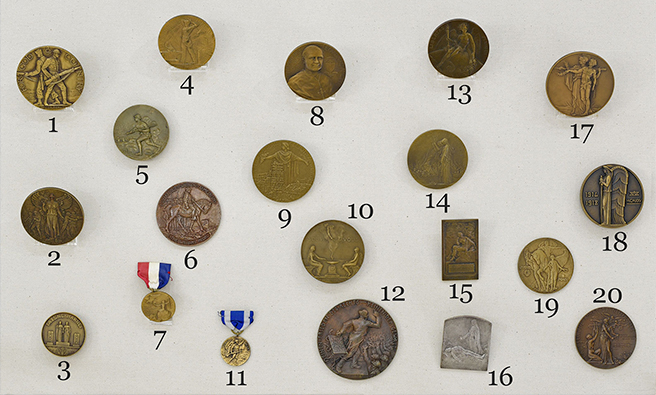