As paper money is printed, a variety of things can go wrong. Double denominations; improperly aligned, inverted backs; obstructions between the printing cylinder and paper; overprints of seals; and inverted, misaligned and missing serial numbers are just a few of the errors seen on paper money. Cutting problems due to dull blades, paper jams, gutter folds and “butterfly” folds resulting from one or more wrinkles in the paper when part of the sheet folds over before printing can occur as well. Fortunately, mistakes rarely happen and, when they do, usually are immediately caught and corrected.

The U.S. Bureau of Engraving and Printing prints 8,000 sheets of paper money an hour on high-speed presses. Each sheet is printed using a three-dimensional ink embossing process, which slightly raises the front surface of the note and slightly indents the back side.  First, the backs of the notes are printed with green ink, then the faces are printed with black ink.  One the notes are dry, a final press run overprints the Treasury seal and serial numbers onto the face of the notes.  Two guillotine cutters slice the notes into two-note units (100 sheets at a time) and then into single stacks of 100 notes.

Aubrey E. and Adeline I. Bebee

Aubrey Bebee, an ANA Life Member, collected coins, paper money and numismatic books for most of his life. He began assembling his world-class collection of U.S. paper money in 1941.  His holdings eventually grew to include many spectacular rarities, including a Series 1934 $10,000 Federal Reserve note. Bebee sought out only the highest quality notes, many of which he purchased for a moderate premium over face value. In today's market, many of the notes he purchased would sell for far above their purchase price, often by tens of thousands of dollars. By the time he and his wife, Adeline, donated the collection to the ANA in 1987 it included over 800 individual notes and numerous uncut sheets. This display showcases a selection of the error notes from their collection. 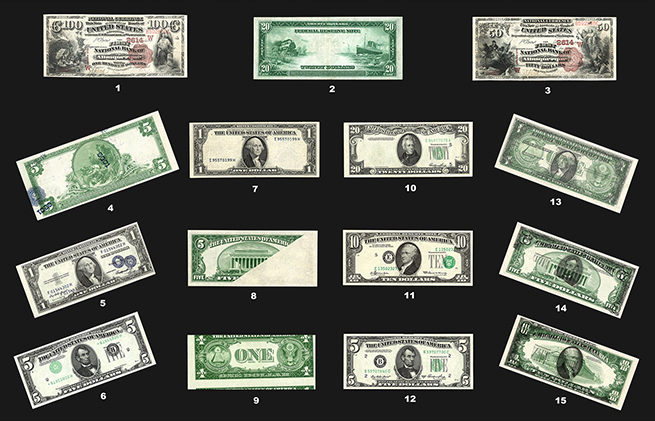 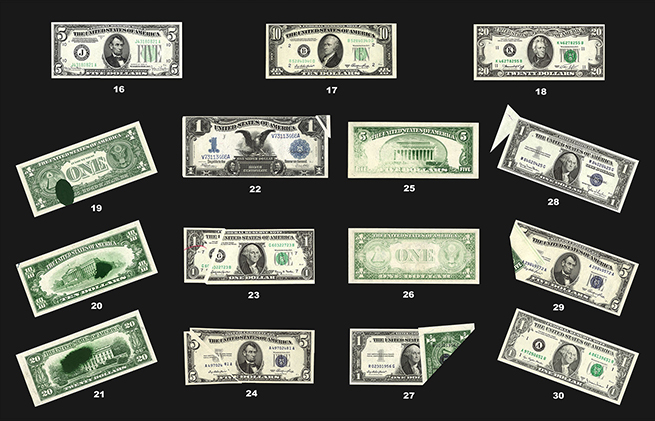