1891 to Present
(including future conventions) 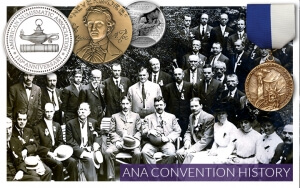