Since 2007, the ANA has been involved with the global issue of cultural property, specifically with regard to numismatic artifacts. The hobby community’s interest in this topic began in 1983 when, in response to unlawful looting of archaeological sites abroad, the United States Senate passed the Convention on Cultural Property Implementation Act (CPIA). This legislation supports the 1970 UNESCO Convention on the “Means of Prohibiting and Preventing the Illicit Import, Export and Transfer of Ownership of Cultural Property.” The concept behind the UNESCO Convention was to create a framework for governments to enter into agreements to enforce each other's export-control laws on archaeological and ethnological objects.

With some reservations, the Senate agreed to the convention with the intention of preserving the “independent judgment” of the United States as to when and how it would impose import restrictions on cultural artifacts when requested by governments that are in agreement with the Convention. The CPIA set up a panel of experts, the Cultural Property Advisory Committee (CPAC), to assist the U.S. president in this decision-making process. The State Department’s Bureau of Educational and Cultural Affairs was put in charge of the program, while U.S. Customs and Border Protection was tasked with implementing import restrictions. 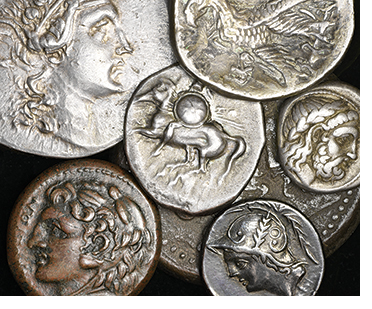 Import/export regulations between the United States and other nations are drafted in the form of a Memorandum of Understanding (MOU), which clearly outlines each country’s responsibilities. Accompanying import restrictions then describe which categories of cultural artifacts might be subject to detention, seizure or repatriation. It is important to note that these MOUs affect American citizens only, regardless of whether the objects in question are available on the open market to citizens of other nations, including the country attempting to enforce the restrictions. This is problematic, especially since the State Department routinely disregards conditions requiring the source country to enforce its own laws.

Initially, import restrictions were imposed on behalf of poor, third-world countries, and on narrow categories of artifacts with high cultural value and rarity. However, since the 1990s, nations such as Italy, Cyprus and China have successfully placed restrictions on an ever-increasing range of artifacts, including ancient coins. The American Numismatic Association first became involved in the MOU process when Cyprus attempted to place such items on its restricted list. To protect the rights of American collectors, the ANA has worked with the Ancient Coin Collectors Guild and other organizations to send representatives to CPAC meetings and to address the attempts of Italy, Greece and other nations to restrict the import of ancient coins into the United States.

A major concern with import restrictions is how they are enforced. The CPIA can authorize such enforcement only on objects of archaeological interest or cultural significance that are first discovered within and subject to export control of a specific UNESCO State Party. Such items can be seized only if they were exported from that UNESCO State Party after the date of restriction. Customs agencies ignore these limitations on their authority and instead draft restrictions based on the place of manufacture in ancient times without regard to the date of manufacture. They also seize artifacts imported into the U.S. before the date designated in the restriction. These practices have changed the CPIA’s focus from targeted restrictions to allowing an embargo on all objects made by a particular culture in ancient times.

The ANA fully supports the idea of protecting cultural property, but has consistently argued that ancient coins should not be included in MOUs for a number of reasons. First, coins are among the most common and durable of artifacts (with a few notable exceptions), and therefore the information they contain is in no danger of being lost to historians or archaeologists in the way unique or rare objects would be if not preserved in cultural institutions. Additionally, there is no shortage of coins in museums in nations that have ancient specimens as part of their history, particularly Europe, the Middle East and China.

Finally, coins are excellent teaching tools. Their durability—and the large number of specimens available—makes them ideal collectors’ items. They encourage interest in the past, which in turn promotes educational programs in museum and universities, many of whose collections were formed or financed by hobbyists.